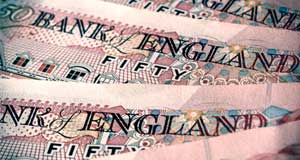 Yesterday’s European session turned out to be a disappointing one, despite a positive start, as stocks struggled for direction against a backdrop of short-term economic pessimism and a recognition that the European Central Bank was happy to sit on the sidelines for the time being.

There were plenty of reasons to be uncertain with EU leaders considering internal border closures due to rising infection and death rates, as various governments weighed extending their various lockdown restrictions further, in an attempt to prevent the overwhelming of their health services.

The actions of President Biden in looking to bear down on the virus with a raft of executive orders appear to be helping boost US stock markets, as the new US administration takes action to combat the spread of the virus, as well as boost the vaccination program, with the tech heavy Nasdaq leading the way.

If US investors do have concerns about a regulatory crackdown on the tech sector, they don’t appear to be too concerned about it at the moment.

Markets here in Europe have had a more subdued week, with little in the way of progress after the falls seen at the end of last week. The gains in the US last night don’t appear to have filtered through to markets in Asia, and don’t appear to be generating any lift here in Europe either, with a slightly negative bias expected to the open this morning, as concerns about extended lockdowns weigh on optimism.

Today’s economic data from the UK, as well as France and Germany are set to showcase further the additional damage being done to their respective economies over the Christmas and New Year period, as rising infection and fatality rates, from the spread of the variant strains of coronavirus impact economic activity.

In the UK we have the latest retail sales and public finances numbers for December, as well as getting a snapshot for January in the form of the latest flash manufacturing and services PMI numbers.

Since the April lockdown last year UK retail sales growth saw 6 consecutive months of gains, however these came to a shuddering halt in the November numbers due to the lockdown restrictions that were put in place from the 5th November.

A decline of -3.8% shouldn’t have come as too much of a surprise given that the boost to October was a result of some pull forward effect from November as consumers tried to do all their November pre-Christmas shopping before the lockdown began due to concerns it might get extended up until Christmas.

The biggest drag to retail sales is likely to be from closing bars and restaurants which have seen big declines in spending there, though as recent retail numbers have shown the boom in on-line and digital sales could help to compensate.

Sales of electronic items are likely to have seen a boost with the rollout of the new Xbox and PlayStation 5, which suggests that despite pessimism around the end of year numbers, we might see an upside surprise. Expectations are for a rise of 1.3% given that the tighter restrictions didn’t really kick in until mid-December. We also have the latest flash PMI for manufacturing and services which are expected to weaken slightly to 53.6 and 45 respectively.

As for the public finances, there has been a lot of chatter in recent months over the explosion in UK public debt as a result of the pandemic and the emergency measures taken by the UK government to support the economy.

This probably goes some way to explaining the rather erratic government response to the pandemic as the innate caution of Rishi Sunak comes up against the eye-wateringly high numbers the government is spending on a month-to-month basis.

In November the government borrowed £30.8bn, bringing the total amount borrowed for this fiscal year to £245bn, with the very real prospect that the total sum could well rise to well over £300bn by year end. While it is entirely understandable for there to be a debate about these unprecedented levels of public borrowing, one has to question whether now is the right time to do it, given that we haven’t as yet defeated the virus, as well as its various mutations, even with the vaccine program now in full swing.

It’s not as if the UK is unique in the challenges it faces, it isn’t, as a quick look across the English Channel, or the Atlantic will tell us. Every other country in the world is facing the same seismic issues, which means that if the government is sensible the sums being spent can be paid back over decades in the same way the money spent in World War 2 was repaid.

This pandemic should be viewed through a similar lens, with the money repaid gradually over decades. It’s not as if borrowing costs are high, they are not, with bond markets fairly sanguine about the levels of borrowing taking place not only here, but all over the world. The appetite for long term debt does appear to be there as France found out earlier this week when a 50-year bond sale got €59bn worth of bids. If the UK government is sensible, (big ask I know), then getting in early could well pay dividends. The average UK gilt repayment profile is already the longest in Europe, at over 10 years. Borrowing for December is expected to rise by another £31.4bn.

Despite these challenges the pound has held up well, gaining across the board, hitting its highest level since April 2018 against the US dollar, helped in some part by the success of the vaccine rollout, which is raising optimism that the UK might be able to ease restrictions earlier than its peers. This seems somewhat premature, as any sort of easing remains some way off with the Chancellor under pressure to extend the job support beyond April, until the middle of the summer. For now Rishi Sunak seems reluctant to commit to this, however given the circumstances and the fact that borrowing is already off the charts, what’s another £3bn a month between friends, especially if you want some semblance of an economy left by the autumn.

In the most recent December PMIs, the numbers continued to paint a mixed picture for the German economy, with services remaining into contraction territory at 47, a slight improvement from 46 in November, while manufacturing remained resilient, rising to 58.3, from 57.8, and close to levels last seen in March 2018. January is likely to be a similarly bleak story for services given that German Chancellor Angela Merkel more or less cancelled Christmas by imposing a harder lockdown well into this year against a backdrop of a death count which has risen to over 1,000 a day.

In France the situation has improved a little with services improving to 49.1 in December from a slide to 38.8 in November. With restaurants and bars in France set to remain closed until Easter in the most optimistic of scenarios, it is hard to see the case for any type of decent recovery any time soon, which means January is likely to see the fifth consecutive month of contraction, with expectations of a contraction to 48.4 for France and to 45, from 47 for Germany.

Despite the positive vaccine news lifting the mood from a market point of view, it is clear that there will be no similar uptick in economic activity until such times as restrictions start to get eased, perhaps sometime in Q2. On the plus side manufacturing has been a strong performer for both Germany and France, helping to offset some of the slowdown in other parts of their economies.

USDJPY – downside risk towards 102.60 remains intact while below cloud resistance at 104.40 This area is a key barrier to further gains towards 105.20.