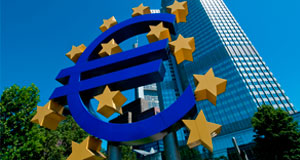 Financial markets on both sides of the pond had a positive day yesterday as Joe Biden was inaugurated as the 46th President of the United States, and gave a speech that talked about unity and bringing the country back together, as well as calling for end to the “uncivil war” of the last few years.

All of the major US equity markets closed at new record highs, while markets in Europe also had a positive session, as investors absorbed the messaging of a new President, and a Treasury Secretary who promised to “act big”, in testimony to US policymakers the day before.

This enthusiasm over a new stimulus program is likely to filter into a positive European open later this morning, after the Bank of Japan kept its own monetary policy decision unchanged, ahead of today’s ECB rate decision.

In Europe, there is little to no evidence of rising prices with the final December numbers showing a decline of -0.3% in headline CPI and core prices at an annualised 0.2%, a number which is likely to keep the emphasis on the necessity of keeping financial conditions favourable, if economic conditions deteriorate to the point that the governing council’s December forecasts come under threat.

ECB President Christine Lagarde may have expressed confidence last week that the banks December forecasts were still valid, and is likely to do the same again today, despite the tightening of restrictions across France, Germany and the Netherlands in recent days, however it can only be a matter of time before they have to bow to the inevitable.

No changes are expected today, but it has been apparent over the past 12 months that the ECB has shown it is prepared to shift policy when required in order to support the European economy, despite the lack of urgency from EU politicians in taking fiscal actions of their own.

They haven’t been helped by a weaker US dollar which has pushed the Euro up above the 1.2000 level against the US dollar and added to the deflationary pressure on an economy that has tipped back into recession, and is unlikely to recover much before the second half of 2021, due to tighter lockdown restrictions that have been in place for most of Q4 last year, and look set to get extended into Q2 of this year.

We’ve already heard in the last few days that Germany is extending its lockdown into mid-February, while curfews have been implemented in France and the Netherlands, while yesterday it was being reported that bars and restaurants in France were more than likely expected to remain closed until Easter, even under the most optimistic scenario. This would appear to suggest even more economic pain in the weeks and months ahead, at the same time as the vaccine program gets off to a faltering start.

In December the ECB expanded its Pandemic Emergency Asset Purchase program for the second time in 2020, from €1.35trn to €1.85trn, as well as extending it another 9 months until March 2022. While this helps buy time, along with new loan programs in the form of TLTRO’s, the ECB can’t act alone given it is already operating at the limits of its mandate.

It needs help on a much bigger fiscal scale, which at the moment is only just coming in a fairly limited form in the form of the EU recovery fund, and only €390bn of the €750bn of that fund, in the form of grants, far too low to really make much of a difference.

On the plus side manufacturing appears to be holding up fairly well, however services PMIs are still well into contraction territory, with little prospect of a strong rebound due to the continuation of restrictions in France, as well as Germany.

While the ECB has gone to great lengths to insist that their monetary toolbox still has plenty of ammunition to deal with the prospect of a double-dip recession, the rise of the euro and a weaker US dollar is not helping their cause.

We are now finally seeing fiscal stimulus on a large scale on a country level with Germany leading the way in that regard, with the temporary suspension of the fiscal compact, however this stimulus is being delivered very much on a localised basis, as opposed to being on a pan-European level, with Italy, Spain and Greece in the most economic need. Events in Italy also aren’t helping as politicians there squabble over how to spend their portion of the recovery fund. While the additional money is extremely welcome it will probably be more than likely wasted, given the lack of appetite amongst Italian institutions to implement the types of reform necessary to make the economy perform better in the longer term.

With the damage from the pandemic likely to extend well into 2021, Europe seems no closer to getting its act together politically, as well as fiscally, raising the prospect that further economic schisms could open up over the next 3-6 months.

As President Biden gets set for his first full day in office, he’ll find the US labour market top of his priority list, as todays latest weekly jobless claims numbers get released.

Last week saw a big surge from 787k to 965k, giving US policymakers a timely reminder if any were needed that urgent action was needed to prevent weekly claims heading back towards the 1m level. Expectations are for a slight fall to 930k; however, it wouldn’t take much given the rise in infection rates through December and decline in consumer confidence to see another surprise to the upside.

USDJPY – while below cloud resistance at 104.40 the downtrend remains intact. This area is a key barrier to further gains towards 105.20. While below 104.40 the bias remains for a move back towards the January lows at 102.60.