FOREX Analysis. Euro recovers some ground ahead of ECB 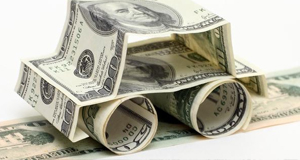 After four tumultuous years, Trump’s presidency came to a historic end on Wednesday, as Joe Biden marked his first day at the White House by spreading a message of hope and unity to a fractious nation. While Biden’s inauguration speech was short on specifics, the policy shift from the Trump era couldn’t be more unmistakable as the new President got to work straight away by revoking many of his predecessor’s decisions.

For the markets, Biden’s clear signal that easing the pandemic and reviving the economy will be his top priorities has more than offset concerns about likely tax hikes and regulation to come later in his presidency. Biden has already unveiled a $1.9 trillion stimulus plan to supplement the $900 billion aid agreed by Congress in December and investors are hoping that his constructive relationship with Senate Minority Leader Mitch McConnel will bring about bipartisan deals to get the new package and the others that will follow through the evenly divided Senate.

Relief that there was no repeat yesterday of the violent scenes that greeted Capitol Hill in the new year, as well as expectations that the next four years will be less unpredictable and divisive, added to the positive backdrop amid the ongoing stimulus and vaccine narratives.

All three major indices on Wall Street closed at record highs on Wednesday, with the Nasdaq Composite (+2%) leading the way, followed by the S&P 500 (1.4%), while the Dow Jones (0.8%) lagged. The gains were the strongest for an Inauguration Day since 1985 as investors bet that the Democrats will spend big and finally bring the coronavirus pandemic under control.

Markets see Biden’s bipartisan approach and Treasury Secretary nominee Janet Yellen’s expected close working relationship with the Fed as a powerful combination that should help get the job done when it comes to fixing the economy.

But even if the additional stimulus packages meet resistance in Congress and their sizes don’t live up to expectations, the US economy is once again proving more resilient than many have been anticipating. The corporate earnings announced so far for Q4 have been pretty solid, easing the risk of a stock market correction in Q1.

Equities in Asia and emerging markets have also been on a roll in January, though it’s been a bit more of a mixed picture in Europe as the region is finding it hard to escape harsh lockdowns.

Euro recovers some ground ahead of ECB

Fears of prolonged shutdowns in Europe’s major economies and the slow rollouts of vaccines are the main reasons why the euro has been underperforming lately, although the single currency did manage to join in the Biden rally, recovering back above the $1.21 level.

Uncertainty ahead of the European Central Bank’s policy decision today (12:45 GMT) had contributed to the euro’s earlier selloff yesterday following reports that the Bank is targeting Eurozone yield spreads. However, even if President Lagarde confirms such a policy in her press conference today (13:30 GMT), it’s unlikely to lead to anything that resembles yield curve control, at least not anytime soon. It’s also not clear how dovish the ECB will be today given that despite all the present gloom, growth forecasts for the second half of 2021 remain optimistic. Policymakers still have more than €1 trillion left in the pandemic emergency purchases envelope so any dovish remarks will likely be for the sake of talking down the euro.

Elsewhere in the FX sphere, the US dollar took a big hit from the optimistic tone, falling to a one-week low against a basket of currencies. The pound and kiwi were the biggest gainers as traders scaled back expectations of rates turning negative in Britain and New Zealand. Bank of England Governor Andrew Bailey once again cast doubt on the benefits of below-zero rates in remarks yesterday.

The aussie was lifted by encouraging employment numbers out of Australia today, while the Canadian dollar was catching its breath after shooting higher on Wednesday following the Bank of Canada meeting. The BoC is looking past the current economic challenges and pinning its hopes on a strong economic rebound later in the year, dashing expectations of a ‘micro rate cut’.

Another central bank standing pat in the last 24 hours was the Bank of Japan. As expected, though, the yen took its cues from the broader risk sentiment, slipping against its peers today. 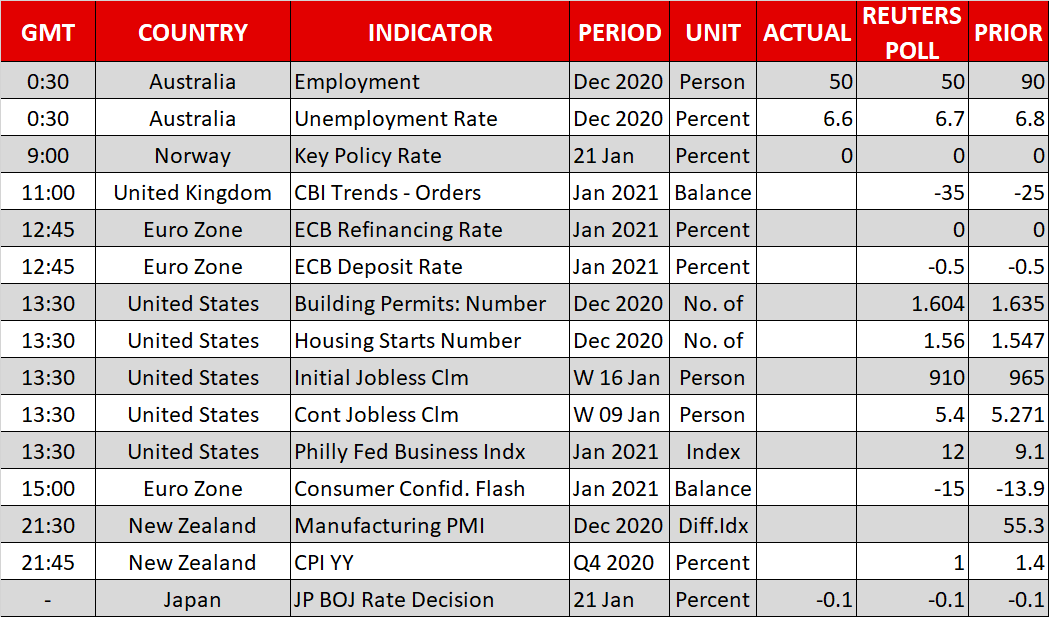