Markets overview. Biden his time as Trump leaves the stage 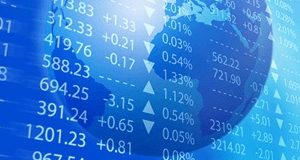 The return of US markets from the Martin Luther King holiday saw stocks drive higher as the US gets ready to swear in a new President for the next four years, on optimism that the pledge to act big on stimulus will get the required votes on Capitol Hill to become a reality.

European markets on the other hand found upside progress much more difficult to sustain as rising infection and death rates saw the likes of Germany extend their lockdown measures further, extending them into the middle of next month.

As President Trump gets set to leave the stage for the final time, with his tenure consigned to the dustbin of history, he can certainly say he did it his way, however far from making America great again, he has left the country arguably more divided than it was when he took office four years ago.

It is now left for the Democrats, under Joe Biden to take up the challenge of healing a country, and pulling together strands of a society that appear unable, or unwilling to hear what the other side has to say. It would be a huge ask for any President, let alone one who is taking over at a time of a raging global pandemic, as well as an economic crisis.

Today’s inauguration of the 46th President of the United States therefore is a seminal moment whereby the new President will have to close the gap between the 74.2m people who felt they couldn’t vote for him, without throwing away the goodwill of the 81.2m who did.

We’ve already got an early indication of some of the new President’s priorities with the announcement of the new $1.9trn stimulus bill last week, as well as speculation that he will cancel the $9bn Keystone XL oil pipeline permit in one of his first acts as President.

Yesterday’s testimony by his new Treasury Secretary and ex Federal Reserve chief Janet Yellen also offered an insight into the new priorities of a Biden administration, as she affirmed a determination to “act big” and to provide relief to those in the greatest need. She also affirmed that the new US administration’s policy towards China was likely to be as uncompromising as the previous administration even if the tone and approach was likely to be different.

Crucially she also reiterated that the new US administration would not seek a weaker currency to gain a competitive advantage, a distinct change of tone from the previous administration who consistently tried to talk the US dollar lower.

There was little else in the way of detail about future longer term spending commitments on infrastructure and other types of investment including education, energy and green investment, however this is likely to come in the coming days once soon to be President Biden has got his feet under that desk in the Oval office.

Last night’s positive US finish looks set to translate into a mixed European open this morning, as the continued delays to a return to some semblance of an economic normal, caused by a slow vaccine rollout in Europe, and the further extension of restrictions, is making it much more difficult to time any sort of recovery trade for European stocks.

In this context while market inflation expectations are rising, the headline numbers are doing anything but. Today’s UK and EU CPI numbers for December are expected to show that inflation pressures on both sides of the Channel are still very subdued, though in Europe’s case the strength of the euro has meant that there is a much higher deflationary bias.

In the UK, inflation has still been fairly benign though core prices have been higher than the more generally used headline number. It has also been tougher to track UK inflation in the past 12 months due to the unavailability of some products which are normally used to calculate prices in the inflation basket.

Nonetheless price pressures have been subdued with November prices falling back to 0.3%, though core prices are higher at 1.1%.

Today’s December numbers could well see a modest rise in prices as a result of higher fuel prices to 0.5% and 1.3%, though weak demand is likely to limit the upside.

In Europe, there is little to no evidence of rising prices with the final December numbers showing a decline of -0.3% in headline CPI and core prices at an annualised 0.2%, a number which is likely to heap further pressure on the ECB to try and guide inflation expectations higher, using forward guidance, when they meet tomorrow.

USDJPY – remains in a downtrend with resistance at 104.40 cloud resistance from last week. This area is a key barrier to further gains towards 105.20. While below 104.40 the bias remains for a move back towards the January lows at 102.60.