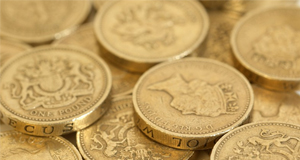 GBPUSD quickly reversed on Tuesday and intends to continue its recovery today.

The direction in GBPUSD quickly changed to the opposite – the British currency has recovered and wants to continue growing. The current quote for the instrument is 1.3675.

Andrew Bailey, the Governor of the Bank of England said yesterday that there were a lot of nuances about cutting the interest rate in the United Kingdom to the negative. His words broke some tension towards the Pound that was on the market: investors considered a possible scenario that the regulator might make tough calls as early as its February meeting.

Nevertheless, the British economic outlook has been closely watched since the country exited the European Union. The very same Bailey said that the country’s economy was in dire straits and no one knew when it would end.

Also, there are risks of the GDP decline in the first quarter of 2021 due to the lockdown and other quarantine restrictions introduced by the government to fight the coronavirus pandemic more effectively.

The statistics published yesterday showed that the BRC Retail Sales Monitor added only 4.8% y/y in December after expanding by 7.7% y/y in the previous month. The actual reading is worse than expected but it can be easily explained: consumers weren’t sure whether the Brexit procedure would be successful or not, hence decided to save money.