Analysis EUR/USD. A rebound in pair may be over 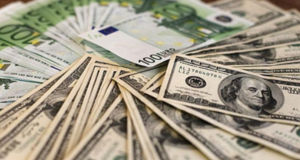 On Wednesday afternoon, the major currency pair can’t decide on where to move, although it took advantage of the rebound yesterday. The current quote for the instrument is 1.2202.

Yesterday’s correction in the pair happened due to the decrease in the US bond profitability, which reduced optimism in the “greenback” and allowed the European currency to regain some positions. Today, everything is not so clear and investors can’t decide on the direction.

Earlier, the 10-year bond profitability reached its nine-month high amid expectations of decisive actions and expenses of the White House to fight the pandemic. At the moment, the indicator is correcting.

Later today, one should pay attention to the numbers to be published by the USA. For example, the CPI and the Core CPI, which are expected to show 0.4% m/m and 0.1% m/m in December after both being 0.2% m/m in November. The more neutral the readings, the better for the USD – its enthusiasts are expecting a new stimulus package from the government and the fed soon. Accelerating inflation is a serious risk no one can see right now.

In addition to that, in the evening the USA is scheduled to publish the Beige Book. As a rule, market players barely pay attention to this report but it might be very important for understanding what is happening in the country’s economy.