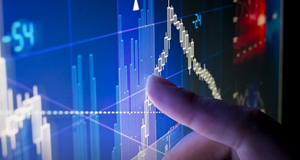 Equity markets were relatively quiet yesterday as some dealers banked their profits from the ground that was gained earlier in the week.

In the previous two sessions the sentiment was bullish thanks to positive news with respect to possible Covid-19 vaccines. The drug being developed by AstraZeneca-Oxford University has an effective rate of 70%. In addition to that, it is far cheaper than other coronavirus drugs and its capacity for transportation and mass production make it more attractive too.

The mood in the markets was assisted by the growing feeling that there will be a smooth had over of power from President Trump to President-elect, Joe Biden. We have yet to hear Mr Trump concede but it is looking like he will go quietly. It was reported that Mr Biden wants to offer the Treasury Secretary role to former Fed boss, Janet Yellen. While in charge of the US central bank, Yellen oversaw the return of higher interest rates, and it was carried out in a timely and measured fashion.

The US stock market will remain closed today as the country celebrates Thanksgiving. Some US-based traders and investors will be taking Friday off too. Yesterday, there was a sense that some dealers were winding down for the week, even though the NYSE will be open for limited trading on Friday. Any of the financial markets that are open today will probably experience low volatility.

Yesterday, there was a large batch of US economic indicators posted, partially because of the holiday today. The jobless claims report increased from 748,000 to 778,000 – the highest reading in five weeks. Personal income and consumption for October were -0.7% and 0.5% respectively. Both readings showed declines on the month and undershot economists’ forecasts. The core PCE reading is the Fed’s preferred measure of inflation, and it slipped from 1.6% to 1.4% in October. In August, the Fed said they would allow inflation run to run above 2% for ‘some time’, but it is going in the opposite direction. The reports point to a tapering off in economic activity.

The minutes from the early November Fed meeting were posted last night and traders got the impression the central bank might look to give further support to the economy by altering its asset purchases – either by increasing the level of asset purchases or buying longer dated bonds. Jerome Powell, the head of the Fed, said it still has a lot of ‘ammunition’ in reserve to help the economy. Despite the mildly dovish nature of the update, the Dow Jones and the S&P 500 finished slightly lower last night as traders were content to square up their books ahead of the holiday. The NASDAQ 100 hit its highest level in over two weeks, but then again tech stocks have underperformed lately.

Equity markets in Asia are showing small gains and European indices are tipped to open a little higher.

Oil enjoyed another rally yesterday and it hit its highest level since early March. Early next week OPEC+ will announce its production plans for early 2021. There is increasing speculation that the existing production cut of 7.7 million barrels per day (bpd) will be maintained into early 2021. The original plan was to ease up on the output cuts to 5.7 million bpd. Oil has been moving higher lately on account of the optimism surrounding the potential coronavirus vaccine stories too.

At 7am (UK time), the German GfK consumer sentiment report for November will posted and the consensus estimate is -5, and that would be a drop from the -3.1 posted in October. Earlier in the week, the flash reading of services PMI report showed a decline in activity but it came in ahead of expectations.

The French consumer confidence reading for November will be announced and the forecast is -5, and that would be a drop from the -3.1 registered last month. It will be revealed at 7.45am (UK time).

EUR/USD – has been in an uptrend since the start of the month and while it holds above the 50-day moving average at 1.1775, the positive move should continue. 1.2000 might act as resistance. A break below 1.1602 should pave the way for further losses.

GBP/USD – in the past two months it has been in an uptrend and if the positive move continues, it could target 1.3515. A pullback might find support at 1.3106, and a break through that metric should put 1.3000 on the radar.