Markets analys. Weaker start for Europe as markets turn their attention to inflation 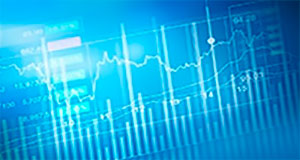 After the decent vaccine inspired rally that we saw on Monday, markets in Europe had a slightly more tempered look to them on Tuesday as the continued rise in virus cases started to experience a bit more cut through in the face of some disappointing US economic data.

It is slowly becoming apparent that the economic damage being caused by subdued consumer activity is starting to manifest itself in US consumer spending patterns after October retail sales only rose 0.3%, slightly lower than was expected, and the weakest since April.

With cases of coronavirus continuing to rise sharply in the US, and various states locking down in the face of colder weather, and rising cases, it is now becoming much more obvious that the next two months are likely to be even worse for US businesses, particularly since another fiscal stimulus plan still seems quite some way off.

As a consequence, US markets slipped back into negative territory, closing lower for the first time in three days. After yesterday’s modest pullback markets here in Europe look set to continue that softness as the investors start to focus more on the near term issues of the economic damage caused by extended lockdowns and restrictions, rather than the prospect of a vaccine that still remains some weeks away.

The pound has had a decent run of it in recent days, helped by reports that the EU and UK could arrive at a Brexit deal as soon as next week. While it would be nice to think that will be the case, this seems unlikely, simply because it would go against everything, we know about the brinkmanship that tends to characterise EU negotiations.

It is true that time is running short, however there is more than enough time for a few more twists and turns between now and the end of November. Quite simply the fat lady hasn’t even started to clear her throat yet, let alone sing, so it’s quite likely that we could see a few more wrenches thrown into the gears in the next few days.

Today’s inflation numbers from the UK and EU are likely to be an unwelcome reminder of the failure of both the Bank of England, as well as the European Central Bank to hit their mandates of a 2% inflation target, despite numerous rate cuts and billions of pounds and euros of asset purchases.

Earlier this month the Bank of England threw another £150bn at the problem in response to the UK government’s decision to shut down a good part of the UK economy for the whole of this month.

For all the good it will do the monetary policy committee may well have been better off simply setting fire to it. Generally, the whole point of monetary easing is to stimulate demand to offset an economic shock, however that is rather hard to do when a good proportion of the population is cooped up at home, and most retail outlets are closed.

Today’s latest CPI inflation numbers for October are unlikely to show much change from the slight increase to 0.5% that we saw in the September numbers, while core prices are also expected to remain steady at 1.3%.

Factory gate prices, which generally tend to be more forward looking, also show little sign of inflationary pressure with PPI input prices set to decline 2.7%. In the last 12 months PPI input prices have never been out of negative territory, apart from a brief pop higher at the end of last year, and in January. Quite simply there are very few signs of inflationary pressure anywhere in the official headline numbers.

It’s a pretty similar story in Europe, if not even worse, with the final October EU CPI numbers expected to confirm a decline of -0.3%, while core prices are set to remain at a record low of 0.2%, well below the previous record low of 0.6%, which was set in 2015.

EURUSD – closed higher for the fourth day in a row, but progress remains painful. The bias remains for a drift back down towards the 1.1750 level, while below the 1.1900 area. A move below this level opens up a return to the 1.1680 level, and then the lows this month at 1.1600.