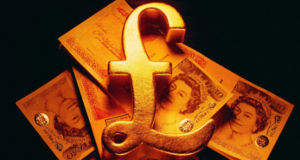 It’s scarcely believable that US investors still expect there to be some form of stimulus deal, even at this late stage. For all the warm words and optimism from House Speaker Nancy Pelosi that there can still be a deal, the fact is that big gaps remain on the key issues of state and local funding and liability provisions.

Furthermore, these gaps aren’t likely to be resolved quickly, if at all, which means that unless both sides agree on a package on the bits that they can agree on, and bin off the rest, a deal is unlikely to happen this side of the election, and probably not this year either.

In any case US markets still managed to finish the session higher, helped by gains in the oil and gas sector, as well as financials, which were boosted by a sharp rise in US treasury yields at the long end, which helped to steepen the yield curve away from the short end, helping to lift the 10s/5s spread to its widest in over 3 years.

This steepening of the curve is enormously helpful for banks at a time when lending margins are getting squeezed as it helps to increase the spread between the rates they borrow and the rates they lend.

Last night’s final Presidential debate didn’t add much to the font of human knowledge about the two candidates. President Trump came across as his usual rambunctious self , while Democrat challenger Joe Biden didn’t really make an missteps when it came to his performance. There was sparring over a range of subjects, including the pandemic, personal finances, a national minimum wage and health care, however neither of them managed to land what could be construed a significant blow. Even if they were so many Americans have already voted that it probably wouldn’t have made much difference.

While US markets finished the day higher, despite rising infection rates across a number of states, markets in Europe had an altogether more mixed session, held back by concerns over a similar cascade effect of ever rising infection rates, and tighter measures, including curfews, from France, to the Netherlands to Greece.

The positive finish in the US is likely to bleed through into a positive open for European stocks this morning, however the economic uncertainty being wrought through Europe by the various restrictions and rising infections is likely to be reflected in today’s latest October flash manufacturing and services PMIs for France, Germany, and the UK.

As far as France and Germany are concerned, we’ve already started to see evidence of significant weakness in their services sectors, as a result of a resurgence of the virus in September.

In the most recent September PMIs, the numbers painted a mixed picture for the German economy, with services showing a slowdown to 50.6, after a decent peak in July. In France it was a similar picture with services slowing to 47.5 from 57.3 in July, as rising infection rates prompted localised lockdowns and restrictions being imposed across the country.

As we start out into Q4, it is clear that the recovery seen in the wake of the contractions in Q2 has been a robust one, however the sharp deterioration in the September PMIs is increasing concerns over an economic cliff edge, as we head towards the chill of a European winter. Services activity is expected to contract for both, with France expected to see 47, and Germany 49.6.

On the plus side manufacturing has been a strong performer for both Germany and France, helping to offset some of the slowdown, but there is no guarantee that can continue, though expectations are for readings of 55 and 51.3 respectively.

In the UK the economy has proved to be much more resilient, though that is down to having come out of lockdown later, as well as “eat out to help out” in August. No deal Brexit concerns notwithstanding the UK economy has continued to perform well in its post lockdown period, and after the outperformance seen in August, September also posted some decent numbers across the board.

In September services activity slowed modestly to 56.1, while manufacturing came in at 54.1, showing that the UK economy performed extremely well in Q3. This seems unlikely to continue in Q4 and the October numbers could well falter, after what can only be described as a completely incomprehensible communications policy by the UK government around various new lockdown rules around the hospitality sector, in various parts of the country. Having encouraged people to enjoy the summer months, ministers have single handedly destroyed consumer confidence by inept messaging, and poor communication, and this could well be reflected in some weak numbers this month.

If anything, the current estimates seem a touch on the optimistic side with 53.2 for manufacturing, which seems plausible, however services might see a sharper slowdown than the 53.4 predicted.

Before that, we also have the latest retail sales numbers for September, which could well be a last hurrah ahead of what could well be a bleak autumn for the UK economy.

The big question as Q3 draws to a close is whether today’s September numbers can round off another month of gains as summer draws to a close. The prevailing thinking, if judged purely on the basis of recent PMI data would be in the positive, however life is rarely that simple. Other retail sales surveys do offer some encouragement. The recent British Retail Consortium sales numbers for September showed a 6.1% rise, well above the 4.7% rise in August, driven largely by increased spending in pubs, as well as higher DIY spending and a back to school boost, however this could be as good as it gets for a while, as we head towards the potential for a train wreck in Q4, as new lockdown restrictions start to bite. Expectations are for a rise of 0.4%, though it wouldn’ t be a surprise to see that come in slightly higher.

GBPUSD – after peaking at 1.3176 earlier this week the pound has slipped back. There is interim support around the 1.3070 area, which if broken could see a slide back to the 1.2980 area. The next target currently sits up near the 1.3250 area.

Other Forex Forecasts And Analysis