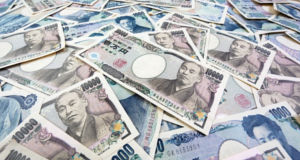 once again interested in “safe haven” assets, including the Yen, while the second wave of COVID-19 pandemic is spreading around the globe. No one really imagines possible consequences and damages it can do and knows when it will be over.

The latest statistics from Japan showed that the CPI was -0.1% y/y in September, seasonally adjusted, which is the same as in August, which means that deflation in Japan is one more step closer to reality.

The price pressure within the Japanese economy is extremely low and that’s a problem: deflation may destroy the financial system much faster than inflation. In theory, the Bank of Japan should have expanded its stimulus program a long time ago in order to reverse the inflation trend. However, it didn’t happen.

According to Jibun Bank, today’s data showed that the Manufacturing PMI in Japan went from 47.7 points in September to 48.0 points in October. Still, the indicator remains below the psychologically-crucial level of 50 points, which separates the decline from growth.

The components of the report show that both output and new orders fell further. Another aspect, the employment, dropped marginally.