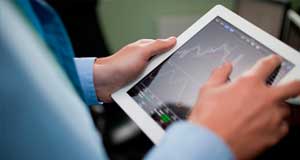 We saw another day of losses for European and US markets yesterday as investor impatience with the phoney war going on between the Democrats and Republicans continued over the prospect of a stimulus plan before the 3rd November US election.

This scepticism looks set to spill over into this morning as Asia stocks also fell sharply, though a sharp IMF downgrade for the region also didn’t help sentiment, and this negative tone looks set to continue this morning with markets in Europe also set to open lower.

As far as a US stimulus package is concerned the penny appears to be finally dropping that there is unlikely to be a plan that will be able to get past the Republicans in the US Senate, even if Nancy Pelosi and Steve Mnuchin were able to put something down on paper, in their various short phone calls over the past few days.

The Republicans in the Senate want to advance a much smaller relief bill of $500bn, well below the $2.1trn bill the Democrats want, and also well below the $1.9trn bill that President Trump has said he would be happy to sign.

This impasse looks set to continue well past next month’s election date, because even if the Democrats were to win, they would still be unable to enact anything until Joe Biden was sworn in as President in January next year. In the event President Trump were to win a second term, the mathematics for the Senate would still need to change for him to be able to have another go at pushing a bill through.

The President will also have another opportunity to make inroads into Joe Biden’s poll lead later this evening with the third and final debate between the two in Nashville. Let’s hope it’s a more edifying and constructive affair than the last one?.

While equity markets swooned over the unlikelihood of a stimulus package being passed there did appear to be a more positive tone with respect to UK/EU trade talks, with the news that they could restart as soon as today, after Michel Barnier, the EU’s chief negotiator conceded that the EU would have to compromise, as well as the UK.

The pound reacted well to this new development, and while we’ve been here before on the optimism front, there is the distinct prospect that a pathway to some form of agreement is opening up.

Given the current economic environment, and the havoc being wreaked by a second wave of coronavirus cases across the UK, as well as the rest of Europe, with existing restrictions being extended, and lockdowns being imposed over wider areas, pressure on both sides is likely to increase to reach a mutually agreeable deal, rather than wreak more havoc on an already desperate economic situation.

Politicians would not be forgiven for putting their own ideologies ahead of the wellbeing of their populations at such a perilous economic time.

Chancellor of the Exchequer Rishi Sunak will also be making an economic statement later today in Parliament where he is expected to outline further measures of support for struggling businesses in high coronavirus alert areas in Manchester, Birmingham and London. Tier 2 regions receive much less generous support than those in tier 3, with a number warning that without help they may well not reopen.

The Chancellor certainly needs to pull a rabbit out of his hat given how badly the government has handled the financial side of the ledger in the past two weeks, quibbling over sums in the region of £5m, at a time when public sector borrowing since March has seen over £200bn added to the national debt, with nary a murmur from the bond market.

Politically it’s awful optics, and economically it’s a false economy, because if the jobs don’t come back on an economic re-opening, the cost in other areas will simply be greater, in terms of retraining as well as additional benefits.

On the data front we’ll be seeing the latest CBI industrial trends data for October, in terms of business optimism, orders and selling prices, and they are likely to paint a fairly weak picture of the UK economy.

In the US we have the latest weekly jobless claims data, which saw a surprise jump to 898k last week, which was a seven-week high, raising concerns that the jobs data has found a base and could well start to increase in the weeks leading up to the election and Thanksgiving after that. Expectations are for an increase of 870k; however, it wouldn’t surprise to see another jump higher.

Yesterday’s Fed Beige Book of economic conditions was a little more encouraging, however it did say that growth was tepid, though employment growth was still positive if a little slow, with manufacturing performing the best.