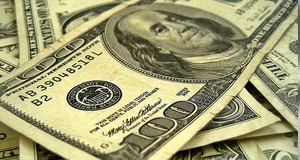 Hopes for a quick deal on a new coronavirus aid package in the United States have faded somewhat as negotiations between the White House and the Democrats drag on. Disagreement over funding for state and local governments seems to be a major sticking point, which sparked another angry tweet by the President on Wednesday, accusing the Democrats of wanting to bail out poorly run cities and states that are under Democratic control.

The latest spat comes as House Speaker Nancy Pelosi signalled the two sides were “closer to being able to put pen to paper to write legislation”. The White House is now aiming on getting a deal done within the next 48 hours. But it is looking increasingly unlikely that an agreement can be reached before Election Day on November 3.

Even if a deal is struck before then, the new bill would face great difficulty in passing through the Senate where the Republicans have a majority, especially as the size of the stimulus keeps getting bigger – the latest figure is $1.9 trillion.

The prospect of a delay in more fiscal support to the US economy weighed on equity markets on Thursday. Asian and European shares were sharply lower following losses on Wall Street yesterday.

Although investors are still holding out for substantial fiscal stimulus at some point in the coming weeks, the unclear timing is adding to the uncertainty when the presidential election is just around the corner and soaring COVID-19 infection rates in Europe and America are threatening to derail the economic recovery.

European stock markets in particular have been underperforming lately as more and more cities and regions come under stricter virus restrictions. There’s been no let-up in the surge in the number of daily virus cases in Europe and the UK, fuelling concerns that growth in the fourth quarter will turn negative again.

Infection and death rates in several US states are on the up too, but it remains to be seen whether this will turn voters against Trump as his campaign has been making some inroads recently, narrowing Joe Biden’s lead in some key battleground states.

The focus later today will very much stay on the election campaign as Trump and Biden will face off for the second and final time in a debate at 21:00 ET (Friday, 01:00 GMT).

Dollar off lows, euro and pound hold near highs

Ahead of the debate, the US dollar edged higher, finding support from the slightly gloomier mood, though the yen was mixed.

The euro was softer after four straight sessions of gains that took the single currency back above the $1.18 level. Sterling was also slightly weaker after skyrocketing above $1.31 yesterday on news that the UK and EU have agreed to resume Brexit talks later this week.

Despite all the recent tensions and stand-offs, investors are still putting their money on the two sides settling their differences and agreeing to a post-Brexit trade pact, with mid-November now seen as the new deadline.

The Canadian dollar was licking its wounds following a sharp reversal from yesterday’s 6-week peak of C$1.3077 to the greenback. Disappointing retail sales data out of Canada yesterday and a worsening outlook for oil demand are weighing on the loonie, though steadier oil prices on Thursday helped the currency to pare some losses.