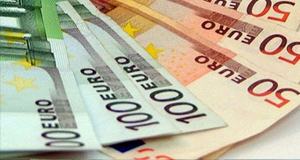 EURUSD rose yesterday influenced by the talks about a stimulus package in the USA.

The major currency pair skyrocketed yesterday and remains pretty strong on Wednesday. The current quote for the instrument is 1.1850.

Yesterday, Nancy Pelosi, the Speaker of the United States House of Representatives, made policymakers hurry in their discussions of another stimulus package for the US economy. The fact that the package may be approved in the nearest future forced the USD to retreat.

In addition to that, the currency sector is very emotionally responding to the increasing number of those who support Joseph Biden in the American election race. The stronger Biden’s candidacy is, the higher the possibility that the US economy will be flooded with money in the case of his win. It’s another reason for the “greenback” to get weaker.

The statistics published yesterday showed that the Housing Starts in the USA was 1.42M in September after being 1.39M in August and against the expected reading of 1.45M.

The Building Permits showed 1.55M after being 1.48M in the previous month. Both readings are a very good sign – the real estate market is getting more active amid low interest rates, which means that everything is keeping on the right track

As for today’s economic calendar, the only more or less important thing is the Beige Book from the USA.