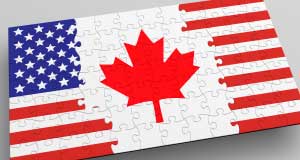 USDCAD has been trading bearish for five consecutive weeks but this time the price is in a sensitive territory, near a long-term supportive trendline that has been rejecting negative corrections since September 2017.

Hence, it would be interesting to see if this is the area in which the pair can stage a much-needed recovery or trigger another bearish wave.

The weakness in the RSI and the Stochastics keep the short-term bias negative for now, though the indicators are not far from their oversold levels, suggesting that a rebound could be around the corner. Yet, whether any potential upside corrections can violate the five-month downtrend remains to be seen as the 20- and 50-day SMAs have already registered a bearish cross with the 200-day SMA, foreseeing the extension of the downward pattern.

In case the pair bounces on the trendline, it should also crawl above the 20-day SMA and the resistance trendline seen around 1.3370 in order to pick up steam towards the 1.3500-1.3550 area. The 50- and 200-day SMAs are adding extra importance to the region. Moving higher, the price could next challenge June’s peaks between 1.3685 and 1.3714, where any violation could signal the end of the downtrend, upgrading the medium-term picture to neutral.

In brief, USDCAD seems to be in a make-or-break situation near a long-term supportive trendline as technical indicators are flagging a cautiously bearish bias. 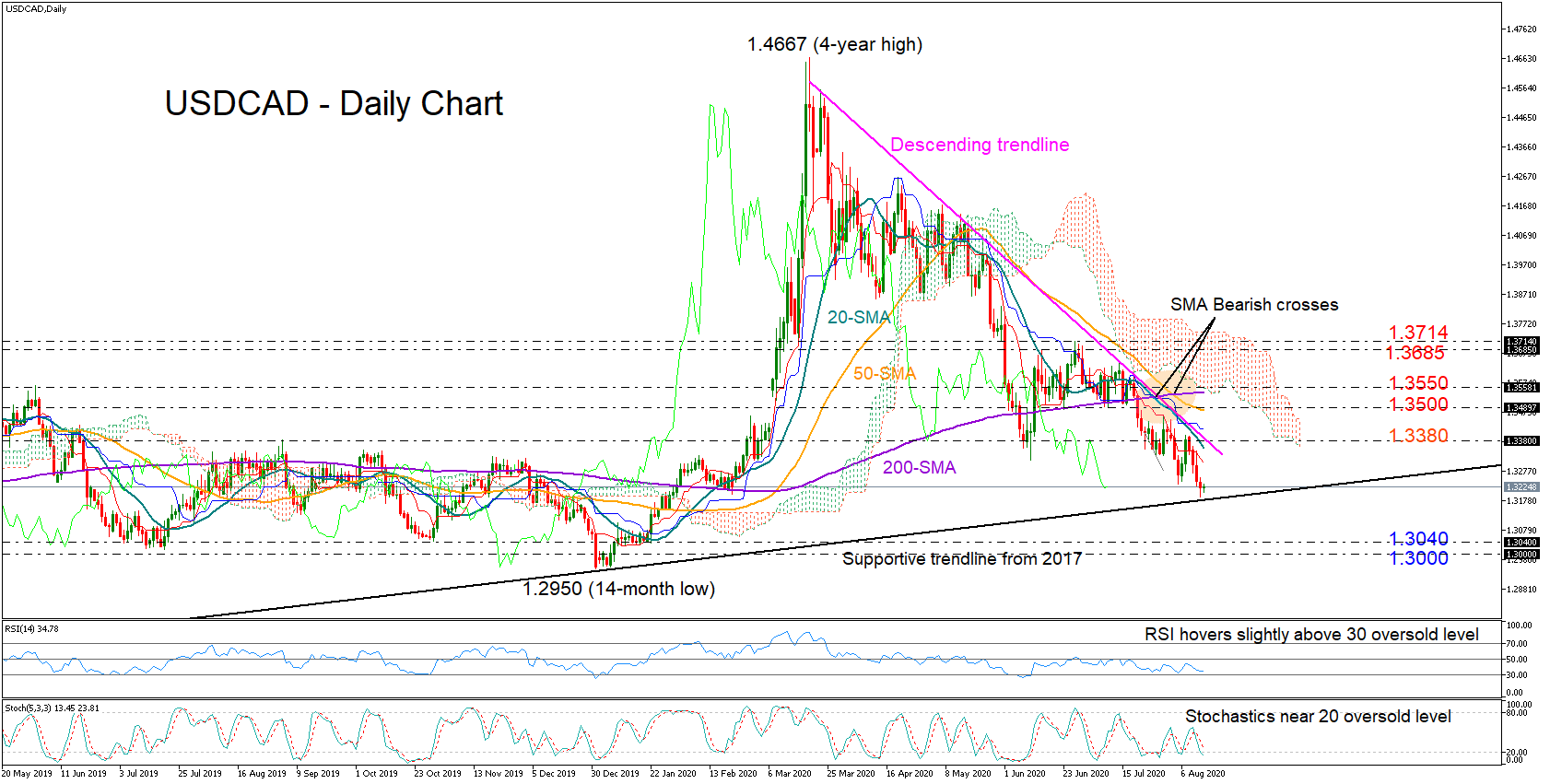