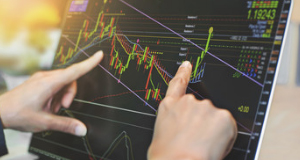 While all the main headlines last week were about the new record highs in the gold price, equity markets also fared rather better than they did from the week previously, US markets notwithstanding, when we saw heavy falls over concerns about a slowdown in the pace of the US economic recovery, and rising US, China tensions.

Last week’s economic data pointed to a US economy, that for now doesn’t appear to have been affected as badly as first thought in respect of the sharply rising coronavirus infection and death rates, that has caused such immense disruption across a number of US states, including the sunbelt states of California, Arizona, Texas and Florida.

Better than expected weekly jobless and continuing claims, as well as a well-received July payrolls report pointed to a continued rebound in economic activity after 1.76m jobs were added to the previous months combined total of 7.5m jobs. This improvement helped push US equity markets up for the fourth week in a row, though the Nasdaq did slip back a touch from its highs, after another record-breaking week.

What was particularly encouraging was a fall in the unemployment rate to 10.2%, from 11.1%, compared to only a modest fall in the participation rate.

Underemployment also fell to 16.5%, though it was notable that a lot of the jobs that came back were in services like retail and restaurants, sectors that have been hit the hardest by the pandemic. The big concern now is that with the $600 unemployment benefit enhancement rolling off in July, and no new package to replace it, there could well be a fresh spike in claims, along with newly furloughed workers due to new lockdown measures that came in after the middle of July in certain US states which reopened too early.

A new US stimulus package continues to prove elusive to US lawmakers, who seem oblivious to how their partisan behaviour as well as their procrastination is being perceived across the US. In order to offset some of this political deadlock, President Trump signed a series of executive orders to maintain some benefit assistance including a lower level of unemployment benefits as well as a payroll tax cut.

The rise in both equity markets, as well as gold prices appears to be being driven by the continued rally in bond markets, which has continued to push yields lower, while the uncertainty over US, China relations isn’t helping either.

President Trump’s decision at the end of last week to ban Chinese apps like TikTok and WeChat from US app stores, is yet another decision that could prompt a counter response and possible escalation from Beijing, with US companies operating in Hong Kong and China, particularly vulnerable. The US President also announced sanctions against a number of Chinese officials including Hong Kong leader Carrie Lam at the end of last week.

Against this backdrop, markets in Asia have started the week rather mixed, as well as a little subdued in the absence of Japanese markets due to a public holiday, while markets here in Europe look set to take their cues from the positive finish in the US on Friday, with a modestly higher open. The latest Chinese inflation data offered few clues as to how the Chinese economy was doing with CPI showing a rise of 2.7%, while PPI was negative to the tune of -2.4%.

Away from the geopolitics its set to be another important week on the data front with the first indications of how much damage was done to the UK economy during Q2 as a result of the lockdown.

We’ve already seen the extent of the damage across Europe and the US, with Spain suffering the biggest hit in terms of -18.5% contraction, and the US at around -9%. If the UK comes in somewhere in the middle of that we’ll be doing well. We’ll also be getting the latest jobs numbers, which may see an improvement given some of the economic re-openings.

Other key data announcements this week include retail sales numbers from China and the US, as well as the latest snapshot of the US labour market and the weekly claims data.

GBPUSD – the failure to move through the 1.3200 area and March highs has seen the pound slip back. There is some support at the 1.2980 area, however a break below that opens up the prospect of a move towards the 1.2770 area.