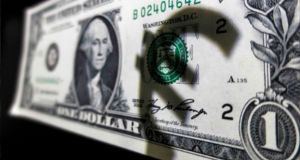 EURUSD is testing the 20-period simple moving average (SMA) on the downside in the 4-hour chart following the bounce off the more than a two-year high of 1.1805.

Immediate support is likely to come from the 1.1695 barrier, which overlaps with the flat blue Kijun-sen line, as the technical indicators are endorsing a negative mode. Below that, the 40-period SMA at 1.1660 and the 1.1625 support could be in the spotlight.

The MACD is weakening beneath its trigger line in the positive territory, and the stochastic is moving sharply lower, approaching the 20 level after the reversal in the overbought zone.

Alternatively, a rebound on the 20-period SMA could see a re-challenge of the two-year high of 1.1805 ahead of the 1.1850 resistance level, registered on June 2018. Clearing this level, the pair could see a more aggressive buying towards the inside swing low of 1.2160 from February 2018.

In brief, EURUSD could trade slightly lower in the very short-term. A closure above 1.1805 could bring fresh buying pressure in the market, while a drop below the 100-day SMA at 1.1490 could raise selling interest. 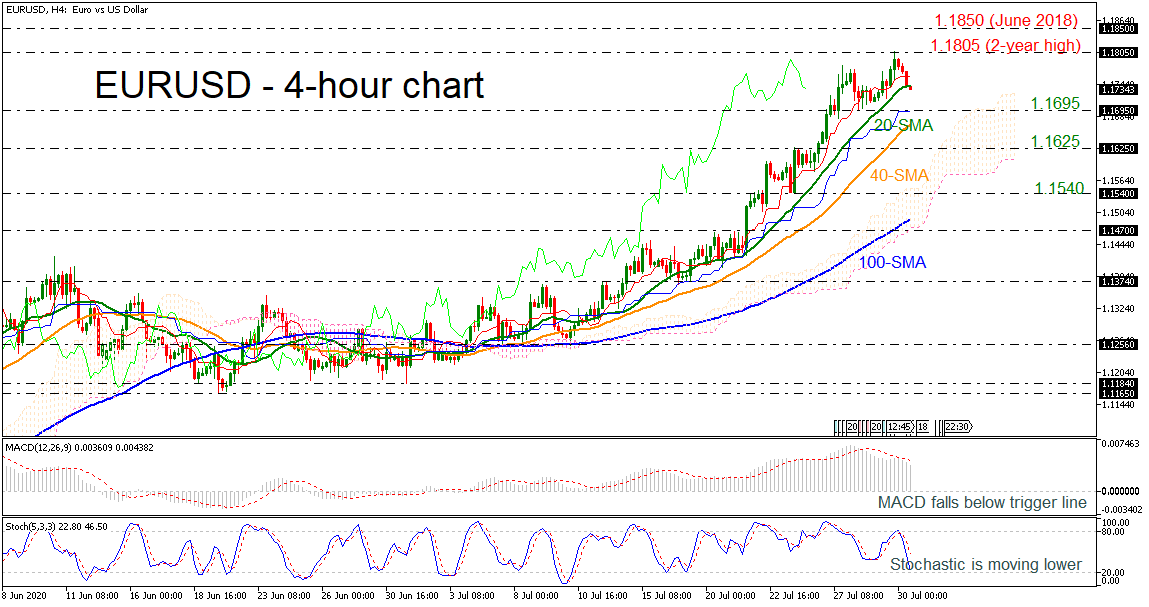