Markets overview. Europe set to open higher, as we look to US payrolls 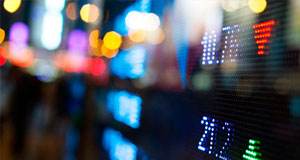 Markets in Europe succumbed to some profit taking yesterday in the wake of an extended stimulus program from the European Central Bank. The slide was fairly modest in size, in comparison to the expansion of the ECB’s PEPP program, by €600bn to €1.35trn, and extension to June 2021, which was broadly in line with market expectations.

US markets also finished slightly lower, even though the Nasdaq was still able to post another record high, while markets in Asia traded broadly higher.

It was notable that the ECB didn’t appear constrained by concerns that the new stimulus program might fall foul of the German Constitutional Court in the months ahead, though Christine Lagarde did say that any bond buying would be in line with capital key requirements.

If anything, yesterday’s announcement was tantamount to the ECB thumbing its nose at the German court, which could play badly politically. The central bank has until August to justify the rationale behind its last asset purchase program lest risking the court rule that the Bundesbank not partake in further programs.

Usually when a central bank announces a significant stimulus program the currency tends to slide back, however the euro rose to its highest levels since the 10th March. This move may have had more to do with the fiscal stimulus plan announced by Germany the night before, along with further US dollar weakness, after US continuing jobless claims edged higher, to 21.49m, after they slid back to 20.8m the week before.

The ECB’s economic forecasts made for sobering reading and that was perhaps behind President Lagarde’s insistence that the bank had to signal an intent. Today’s German factory orders for April look set to reinforce this intent, with another big drop with a decline of 19.9% expected, on top of the 15.6% decline in March. These big falls in output also go some way to explain this week’s extra fiscal stimulus announced by the German government of €130bn.

Last month’s April payrolls report confirmed what most of us already knew, that we would see a record number of American’s lose their job. When the final number was released, we came in slightly below expectations at 20.5m, but nonetheless when the ADP number is also added, it spelt out a sorry tale of economic misery for a huge number of people.

Since then the weekly jobless numbers have continued their climb, albeit at slower weekly rates, pushing the number up to 40m people. Today’s May payrolls report is also expected to be a multimillion number and while it won’t be anywhere near the April number, each job loss will be felt equally as painfully, with another 8m jobs expected to be lost, though this could come in lower given the direction this week’s ADP payrolls number took.

Here we expected to see another 9.5m jobs to be lost, however the actual number came in much lower than that at 2.7m, on top of the revised 19.56m number we saw in April. This suggests that while today’s report could well be better than expected, when you’re talking about millions of people the numbers almost become beside the point, as the toll of economic misery continues to rise.

With weekly jobless claims continuing to slow and continuing claims starting to fall back, there is a growing hope that some of the more pessimistic assessments may not come to pass when it comes to the US labour market.

One reason for the much smaller than expected ADP number was probably the result of some states and businesses reopening as temporarily furloughed workers returned to work.

This does offer encouragement that the economic fallout may not be as bad as feared, however it doesn’t mean that it still won’t be enormously painful for a lot of people, and that’s before we know what the economic consequences are likely to be in respect of the recent unrest sweeping across a host of US cities.

Today’s May payrolls report is expected to see 8m additional jobs lost on top of the 20.5m in April, though we can hope given the lower ADP number earlier this week, that we might see the unemployment rate peak shy of the 20% level, at 19.1%, or possibly a little lower, after the sharp rise to 14.7% seen in April.

With certain sections of the US economy slowly reopening, there is a hope that we could start to see the unemployment rate start to plateau as more and more people return to work after being furloughed.

Average hourly earnings look set to rise further, to 8.5%, after last month saw a rise to 7.9%. This unexpected jump in wages appears to be a result of the widespread loss, or furloughing of lower paid jobs as a result of the economic lockdowns. As these same workers start to return to work this figure should start to come down again, though it is also true that some of those lost jobs may never come back. This is one of many data points that the Federal Reserve will be keeping an eye on in the coming months, as it keeps an eye on inflationary pressures.

The Canadian economy has also been hit hard by the shutdowns sweeping across the globe, its own unemployment rate jumping sharply in April from 7.8% to 13%, falling marginally short of the record high of 13.1% seen in December 1982. We are likely to see a new record set today with another half a million jobs lost in May, on top of the nearly 2m jobs lost in April, with unemployment set to rise to 15%.