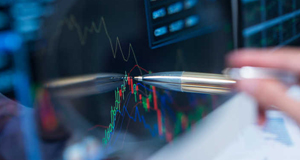 What a difference a day makes with the Dow posting its best one-day gain since the days of the Great Depression in 1933, and the S&P500 its best day since 2008, as melt down Monday, turned into turnaround Tuesday. Despite the strength of yesterday’s move, markets in the US still weren’t able to take out the highs from Friday, highlighting quite neatly how volatile markets have been in recent days.

Yesterday’s optimism was driven on the hope and expectation that US policymakers would deliver on a vote later today to pass a $2trn stimulus bill that would enable policymakers to send cheques to millions of hard-pressed American families, amongst support for other areas of the economy. Airlines in particular saw some big gains, no doubt buoyed by the prospect that the US government might take some stakes in them, if it were to become necessary.

The surge higher in stock markets began during the Asia session, and carried over into Europe, with the DAX posting its biggest one-day gain since 2008, despite some pretty diabolical services PMI numbers, which showed that economic activity in that sector of the economy pretty much collapsed in March.

In France we saw a sub 30 reading and a record low, which was bad enough, but we also know that is likely to get even worse. Germany and the UK were slightly better, but not by much, coming in at the mid 30’s.

Coming on the heels of the central banks there is increasing optimism that politicians are starting to understand the scale of the economic stop coming our way, as the death toll across Europe and the US continues to rise. That being said it should be noted that most bear markets do experience sharp and violent counter moves to the upside, with 2008 seeing several, and this particular down move also seeing its fair share in the past few weeks. Yesterday’s move could well be another bull trap, and an opportunity to sell at better levels, if politicians disappoint.

Germany also held a cabinet meeting yesterday, agreeing a €750bn bailout package for small businesses and the self-employed, a package that would involve the raising of up to €150bn of new debt. These measures are expected to be voted on today, as German politicians attempt to tear up the rule book, and suspend the debt brake.

There is still little evidence of a cohesive and decisive pan EU response, with Germany and the Netherlands pushing back on French demands to make use of the €440bn of ESM funds to help fight the economic shock across Europe.

Nonetheless, the fact that Germany has followed the UK, and could well be followed by the US, in pushing out a sizeable fiscal package, has seen some market optimism return. The hope is that the politicians on Capitol Hill deliver, given that tomorrow’s weekly jobless claims are likely to test market optimism quite sharply.

We already have an idea what is coming our way on the unemployment front after Canada reported a 500,000 spike in jobless claims last week alone, while in Europe, the latest unemployment numbers from Norway jumped from 2.3% to 10.4%, the worst level since the end of World War 2, and an eye watering increase.

A similar rise this week and next, in US weekly claims, could send US unemployment up from 3.5% to 15%, when next week’s US payrolls numbers are released, unless the government is able to roll out some mitigation measures.

Asia markets have followed on from the US this morning, by also having a decent day, however momentum already appears to be waning a touch, and as such markets here in Europe look set to open slightly lower, as a result with yesterday’s gains contingent on US politicians delivering today. Even if they do deliver, it will still require evidence of a plateauing in global virus cases for these gains to really stick, and that doesn’t look likely, especially since India became the latest country to go on a total lockdown.

On the data front today’s latest UK inflation data for February is expected to show that inflationary pressures have been on the wane in recent months, with the large declines in oil prices helping to exert downward pressure on prices. We did see a pickup in inflation in January to 1.8%, but this is normal due to seasonal factors. This is likely to drift back to 1.7% staying well below the 2% level, while core prices are expected to come in at 1.5%.

This isn’t likely to move the needle that much when it comes down to how the UK economy is right now, however today’s CBI retail sales numbers for March could well signal evidence of a sharp slowdown this month. They do need to be set in the context of some panic buying on the part of consumers as toilet roll, pasta and tinned food was stripped from supermarket shelves. Nonetheless we are still expected to see sales slide from 1 to -15.

EURGBP – appears to have found a short-term top at 0.9500, but the subsequent pullback that we saw at the end of last week failed to move below the 0 8980 area. To have confidence that we could see further losses we need to move back below 0.8980, to target 0.8820.