Flash PMIs set to act as foretaste of economic tsunami to come, as equity markets rebound 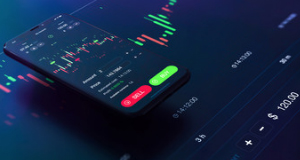 In essence the “Fed put” appears to have effectively social distanced itself from the stock market, with the last three interventions lasting significantly less time than the previous one.

Now bad news, really is bad news, as investors scratch around for any small crumbs of comfort, as concerns over the damage a sharp economic hard stop is likely to do businesses as well as consumers, and the damage to long term confidence.

For all the talk of a U-shaped recovery it is hard to imagine any scenario where economic activity rebounds to an extent where there won’t be sizeable job losses, in the weeks and months ahead.

Yesterday’s slide in equity markets, and US markets in particular, owes much to scepticism that politicians on Capitol Hill will be able to set aside their differences to at least get instant cash cheques to US families.

Two failed attempts by US policymakers to pass a stimulus bill is sowing concern that US politicians simply don’t get it when it comes to the people they claim to represent, and saw US markets close lower, though they did finish off their lows, in a sign that a deal may well come, it may just take a little longer, raising hopes we are seeing a degree of stabilisation.

This stabilisation does appear to be manifesting itself in the way of a calmer session and a more optimistic tone in Asia markets, on the back of hopes that more fiscal measures are forthcoming, and this in turn is set to filter through into a positive start for markets here in Europe.

All the while US firms have already started to shed jobs and scale back operations as virus shutdowns and bi-partisan stalemate starts to impact on US workers.

As Covid-19 continues its invisible march across Europe, wreaking a terrible human and economic price in its wake, the evidence of the effect it is beginning to have on economic conditions will likely become ever more apparent in the days and weeks ahead.

Earlier this month we saw from the most recent China PMIs the type of wake-up call that is coming our way with the release of the latest economic reports from February when the Chinese economy went into lockdown.

Record low levels of economic activity in the high 20’s was even worse than the most pessimistic estimates for the world’s second largest economy. This morning’s Japanese PMI numbers aren’t anywhere near as bad but nonetheless are still sobering, with services activity plunging to 32.7 from 46.8, though manufacturing did manage to hold up quite well only falling modestly to 44.8, from 47.8

While today’s manufacturing and services flash PMI’s for France, Germany and the UK, won’t be as bad as the China data in February, they are still likely to show a significant slowdown in economic activity across the board and will point to a direction of travel that is likely to filter down, through the rest of the month and into April.

In Germany the slowdown is expected to be similar, with services expected to slow from 52.5 to 43, and manufacturing to come in at 40.1 from 48.0.

The UK is expected to fare a little better, however that is likely to be small comfort, with the latest flash readings expected to come in at 45 for both manufacturing and services from levels in February of 51.7 and 53.2 respectively.

In the US it is expected to be a similar story with sharp slowdowns in manufacturing and services PMIs to 43.5 and 42 respectively.

One thing is also certain, however bad today’s numbers are they will only be the appetiser for even worse numbers next month, as most of Europe goes into lockdown, with the UK going into total lockdown for a minimum of three weeks late last night.

GBPUSD – the pound continues to look weak, while below the 1.1960 area, and could well be on course for further losses towards 1.1000, and even the record low at 1.0500 set in 1985. The break of the 1.1960 area is significant and Friday’s failure to move back above it keeps the pressure on the downside.

EURGBP – appears to have found a short-term top at 0.9500, but the subsequent pullback that we saw at the end of last week failed to move below the 0.8980 area. To have confidence that we could see further losses we need to move back below 0.8980, to target 0.8820.

USDJPY – the US dollar continues to look well supported, moving above 110.00 last week, but continues to struggle near trend line resistance from the 2015 highs. This remains the next resistance at 111.80 which also coincides with the highs last month. The 109.20/30 area now becomes a key support. A move through 112.00 targets the 114.00 area.

Read another Forex Analysis and Forecasts