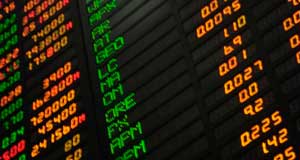 After making new record highs this week both US and European markets took a step backwards yesterday.

The spread of the coronavirus to Japan and South Korea appears to be prompting some reassessment of the tail risks that the economic disruption caused by the virus could well be longer lasting, and more impactful than markets are currently pricing in.

There is also the contradiction of stock markets, bond markets, gold and the US dollar all rising at the same time. This is an unusual state of affairs and speaks to a market that is enormously uncertain as to the resilience of the global economy, as investors hedge across the board.

We are already starting to see anecdotal evidence of significant economic disruption as a result of the virtual shutdown of the Chinese economy over Chinese New Year. While there have been reports of some industries returning to work they remain well short of full capacity, and could well remain so for some time.

Earlier this week tech giant Apple warned that it was highly likely that they would miss their revenue targets in Q1. At the time, the fear was that the warning may well be the canary in the coal mine for further warnings in the days and weeks ahead.

Yesterday the International Air Travel Association (IATA) warned that global air travel was likely to decline this year for the first time since 2009, which in turn will likely hit airline, as well as hotel profits across Asia, as well as the rest of the world.

Here in the UK, footfall has already dropped quite sharply at Bicester Village, a favourite haunt for Chinese visitors, especially over the Chinese New Year period. With the reluctance to travel, as well as the quarantines being implemented by the Chinese government over the past few weeks which restricted overseas travel, these numbers aren’t going to return quickly. This is a pattern which is likely to be repeated across the world from London, to Paris, to Hong Kong.

There used to be saying that if the US economy caught a cold then so did the rest of the world. In the case of the Chinese consumer, the same could well be true for the global economy. Supply chain disruptions are one thing, but a collapse in consumer demand at such a fragile time for the global economy could be just as damaging.

As far as the US economy is concerned there is little evidence of a slowdown there, after yesterday’s weekly jobless claims and Philadelphia Fed numbers.

The real worry is in Europe, where in Q4 the most recent data saw contractions in both the French and Italian economies while the German economy stagnated.

This morning’s flash February manufacturing and services PMI’s for France, Germany and the UK could well offer further evidence that the coronavirus outbreak has delivered a significant setback to any hopes of a recovery in economic activity in Q1.

Germany in particular will be closely watched given its exposure to the Chinese economy and the fact that China’s manufacturing sector has been more less shut down for the last 4 weeks. Expectations for manufacturing are for a slowdown to 44.8, from 45.3, with services expected to come in at 54, but it wouldn’t be a surprise to see an even worse number.

Expectations for manufacturing and services PMI for France are more mixed with an improvement in services to 51.4 expected, while manufacturing is expected to slow to 50.8. These numbers are likely to be highly uncertain given the disruption to the French economy caused by the ongoing “gilet jaunes” protests.

As far as the UK is concerned the situation is slightly more fluid since the unlocking of the political log jam in December, prompted a big rebound in economic activity in January in expectation of a fiscal expansion in the upcoming March budget. Nonetheless manufacturing is still expected to be stagnant with a slight dip from 50 to 49.7, while services could well slip back to 53.4, from 53.9.

We can also expect the recent wet weather to have played a part in some of the upcoming data, given the extensive flooding across the UK in recent weeks. While sales of wet weather paraphernalia are likely to have done well, it certainly won’t be enough to offset the economic disruption which is likely to have been extensive.

EURGBP – squeezed all the way back to the 0.8415 area yesterday, but would need to move beyond the 200-day MA at 0.8480 to undo the current downward momentum. The key support area remains down near the 0.8280 level which has been solid support since 2017.