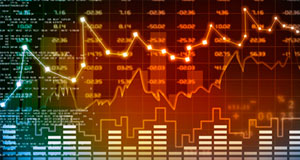 European markets enjoyed another positive session yesterday, while US markets hit new records as investors shrugged off concerns about the coronavirus, even as the death toll continues to rise, and cases start to spread across Asia.

The belief that central banks and governments can offset any economic downside from the virus with monetary and fiscal stimulus has continued to help drive asset prices higher, with Asia markets also rising this morning as China announced another reduction in its loan prime rate, in a move that wasn’t unexpected.

In a sign that caution was still very much at the forefront of investor thinking we also had the sight of a higher US dollar, which moved up towards a three year high, and gold prices hitting their highest levels since 2013, as some haven buying also took place.

It is clear that while investors appear happy to continue buying stocks, they are hedging their exposure, and this is likely to continue as long as there is uncertainty as to how transitory the effects of any coronavirus ripple out effect is likely to be.

Investors are making a number of significant assumptions that governments and central banks will be able to mitigate the effects of any disruption in the short and medium term. Time will tell whether that is a safe assumption to make, however in the absence of anywhere else to put one’s money, the line of least resistance for now appears to be to buy stocks. This could quickly unravel if the coronavirus ripple out effects, prompt an inflation spike in the coming months.

Last nights Fed minutes showed that Fed officials, while confident about the US economy did have reservations about any future effects the coronavirus might have on, not only the US economy, but the global economy more broadly. With a slightly different make-up this year as four new rotating Fed Presidents came onto the voting cycle it was quite apparent that US policymakers aren’t in any rush to move on rates again for the foreseeable future.

There was a nod to recent events around the spread of the coronavirus citing it as a risk to the outlook, however there was little evidence that policymakers were concerned about it adversely affecting the US economy in the short term.

On the data front, US data once again pointed to a US economy that appears to be in fairly decent shape, while PPI prices, showed some evidence of rising inflationary pressure.

In the UK we saw a surprise jump in inflation to 1.8% in January, from 1.3% could well effect January retail sales numbers when they are released later this morning.

A sharp rise in transport and energy costs, as well as higher clothing costs helped put a floor under prices, and push CPI up to its highest level in six months. January CPI tends to be a little higher anyway given that rail fare increases usually artificially inflate the turn of the year number.

In December, retail sales in the UK dropped back sharply, falling 0.6%, as consumers held fire ahead of the general election on December 12th. There appeared to be a great deal more circumspection amongst UK consumers leading up to last Christmas after a year of negative Brexit and political news flow, prompted a more cautious end to 2019.

We expect to see a decent rebound in January as some of the shackles come off and consumers become more confident about the outlook domestically, with expectations of a rise of 0.7%, to start 2020 on a positive note.

A decent number here, along with some positive flash PMI’s tomorrow will in all likelihood put to bed any speculation that the Bank of England will be cutting rates any time soon, particularly since the March 11th budget still looks set to take place as scheduled.

EURGBP – currently holding above support at the 0.8280 area where we had the lows last December. This remains a key support level given it has found support here since 2017. We currently have resistance at the 0.8400 area.