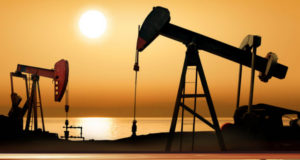 WTI oil futures yesterday – as positive momentum evaporated – were unable to decisively overrun the neckline and complete a possible double bottom pattern. The commodity today has declined to the nearby Ichimoku cloud’s upper band around 51.30, with backing from the technical indicators and the easing in the red Tenkan-sen line.

The short-term oscillators suggest an increase in negative momentum for now. The MACD, in the positive region, has slipped below its red trigger line, while the falling RSI has just moved underneath its neutral mark. That said, the intact bullish crossover between the Ichimoku lines and the recent bullish crossover of the 100-period simple moving average (SMA) by the 20-period one, suggest a retest of the neckline could still play out.

Summarizing, the very short-term bias has turned neutral but if the price shifts above the 52.16 neckline, the picture could turn positive. 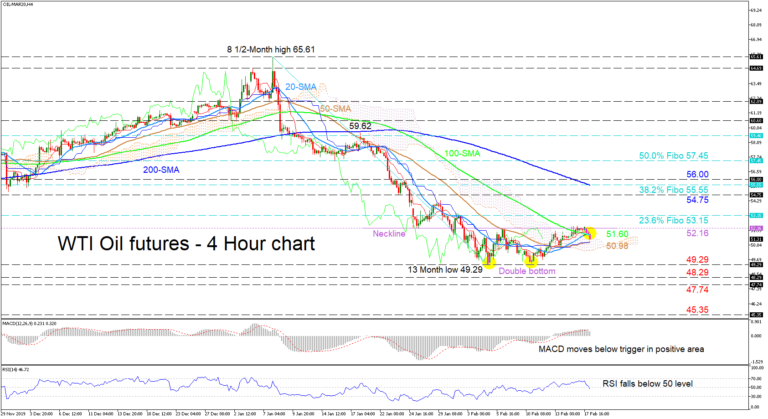