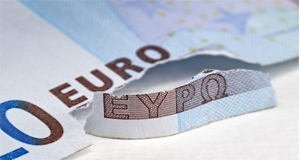 On Thursday morning, the major currency pair is intending to rise, but unsuccessfully so far.

EURUSD is in high spirits on Thursday but hasn’t been able to keep the momentum so far. The current quote for the instrument is 1.1150.

So, after more than 18 months of fighting and discussing, the USA and China have finally signed phase one of their trade deal. Market players’ response to this news was more than calm: it was pretty clear that the parties were close to agreeing, that’s why the news came as no surprise.

China is obliged to buy substantial volumes of agricultural products from the USA, as well as crack down on the theft of American technology and corporate secrets by its companies and state entities. The USA, in its turn, is required to avoid tariffs manipulations.

The statistics published yesterday showed that the Industrial Production added 0.2% m/m in the Euro Area in November after losing 0.9% m/m the moth before and against the expected reading of +0.3% m/m.

The American PPI showed +0.1% m/m in December after not changing in the previous month. Market expectations were +0.2% m/m. The Core PPI added the same 0.1% m/m. Actually, it is exactly what Trump wanted – his case will be in progress along with the election campaign.