Analysis GBP/USD. The Pound is recovering, but very slowly 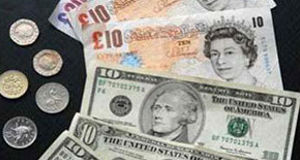 GBPUSD continues recovering, but this process is quite slow.

The British Pound is slowly rising against the USD. The current quote for the instrument is 1.3037.

The CB Leading Index in the United Kingdom lost 0.2% m/m in November after losing 0.4% m/m the month before. The indicator is calculated by the Conference Board and shows average parameters of 10 indicators that describe the country’s economic climate in the next 3-6 months. As we can see, it’s not too good.

Later today, the United Kingdom is scheduled to report on the RICS House Price Balance in December, which is expected to slow down.

In addition to that, the Bank of England is preparing its Credit Conditions Survey.

In general, the British Pound is quite stable right now. There is yet time before the Brexit, which is scheduled for January 31st. but all major Brexit issues have already been agreed on and even approved by the Parliament.