NZDUSD pulled below the familiar resistance level of 0.6435 but held within the 0.6400 area, with the momentum indicators pointing to a neutral short-term session as the RSI is heading towards its 50 mark and the MACD seems to be losing steam above its red signal line.

Alternatively, a retest of the 0.6435 mark is likely if the bulls return to the game. Any violation at this point would aim towards reclaiming the 3-month high of 0.6464, while beyond the latter, the pair would push efforts to knock a tougher wall around 0.6490 which strongly rejected downside corrections during the May-June period.

Meanwhile in the bigger picture, conditions are also neutral and only a breakout at the 0.6464 and 0.6200 boundaries would adjust the sentiment accordingly.

In brief, NZDUSD is expected to follow a sideways direction, while in the bigger picture the pair will probably remain neutral unless it decisively climbs above 0.6464 or forcefully drops under 0.6200. 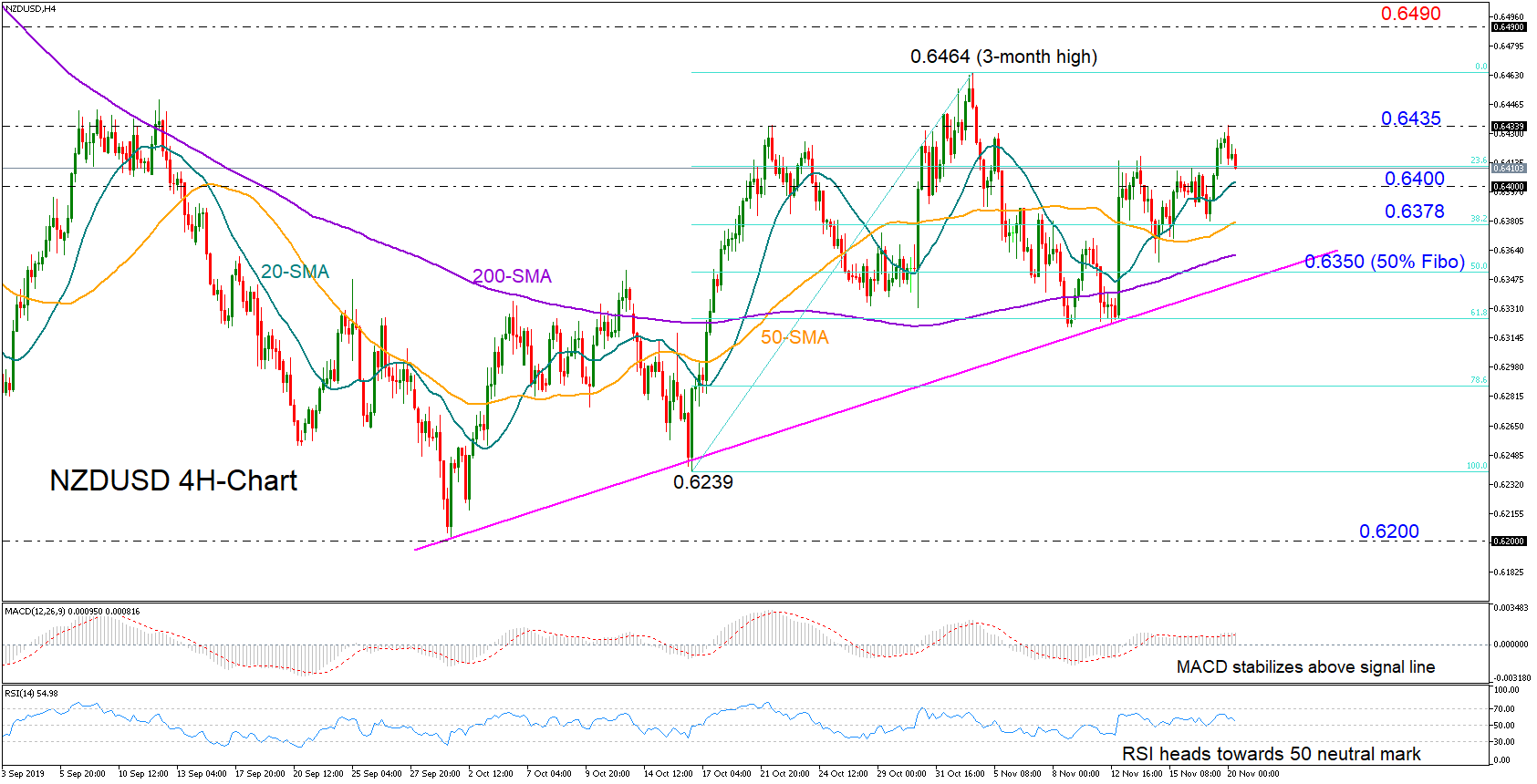