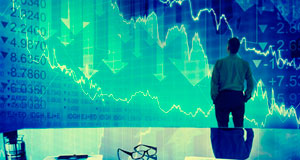 Trade talks between the US and China remain at the forefront of traders’ minds.

The positive sounds from the US side helped boosted European as well as US equity markets last week. Larry Kudlow, economic advisor to President Trump, plus Wilbur Ross, US commerce secretary, expressed optimism that a deal is in the offing. The commentary from the Trump administration helped the Dow Jones, S&P 500 and the NASDAQ 100 rack up fresh all-time highs on Friday.

The language is driving the bullish sentiment even though President Trump doesn’t appear to be keen to roll back on the tariffs. The US side would like to see more concessions being made in relation to intellectual property, while the Chinese side are balking about the size of agricultural purchases the US are calling for.

Overnight, China lowered the repo rate by five basis points to 2.5% – it was the first cut since 2015. The move sparked chatter about further stimulus from Beijing.

Liu He, China’s vice premier, held constructive talks with Steve Mnuchin as well as Robert Lighthizer over the weekend. The discussions concentrated on phase one of the trade deal. The fact the discussions took place are being viewed positively by traders.

Last week, it was revealed the German economy grew by 0.1% in the third-quarter, so the country dodged a technical recession. The news should take some pressure off the Berlin administration but traders haven’t lost sight of the fact the powerhouse of the eurozone is barley growing. Jens Weidman, the head of the Bundesbank, said that Germany is not in an economic crisis, which is a sentiment many market participants would agree with, but if you have to say it, it says a lot about the state of the economy. Should Deutsche Bank keep deteriorating, that could pave the way for a crisis in the country.

Donald Trump hasn’t made a decision in relation to EU auto tariffs, and that is acting as a cap to eurozone equity benchmarks. The chatter last week was the US leader would defer the decision to impose tariffs by six months. Mr Trump might be saving the EU economic war for his campaign trail next year.

The US posted mixed economic indicators on Friday as the retail sales report showed a 0.3% increase, which marginally topped the forecast of 0.2% It was a nice rebound from the -0.3% posted in the previous month. Industrial production showed a 0.8%, which undershot the -0.4% forecast.

The British pound is holding up well on the back of the opinion polls that put the Conservative party in the lead. The announcement the Labour party would renationalise a large chuck of BT sent a ripple through the markets, but seeing as the party are lagging in the polls, currency traders continue to be bullish on sterling.

Early last week gold dropped to a three month low as the risk-on sentiment hit the asset. The greenback dipped on Friday, which helped gold pull back some of the ground. The Federal Reserve have given off the impression they won’t be moving rates any time soon, so we might see the greenback become relatively stronger in the medium-term. Should the dollar grind higher, that’s likely to keep pressure on gold.

EUR/USD – has been broadly moving higher for over one month and while it holds above the 50-day moving average at 1.1041, it might seek to retest 1.1100 area. A drop back below 1.1041 could mean the currency is going to fall back into the wider negative trend, which could see the market target 1.0879.