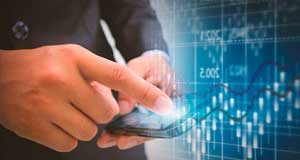 Equity benchmarks in Europe yesterday posted modest gains as the talk of US-China trade continued to dominate the headlines.

It was announced that Beijing want to see the tariffs the US imposed in September rolled back before the first phase of the trade deal can be agreed upon. Stocks still managed to end higher despite that big ask from China.

After the close of the European markets it was announced the US-China trade deal could be signed in December, while previously there was talk the meeting would take place this month. The announcement weighed on US equities initially but the indices finished largely unchanged. The Dow Jones posted a record-high on Tuesday so some dealers decided to step out of the equity market for now. This is far from a breakdown in talks, it is a bit of a setback, as the further away the meeting is, the more likely things can go wrong in the interim.

Traders are all too aware that China can play the long game. Trump is up for re-election in November 2020, so Beijing have no motivation to wrap things up quickly. Mr Trump needs to be seen to be taking the economic fight to China, but he also needs stock markets to be strong, so this entire process is likely to go back and forth for many months to come.

Equity markets in Asia are a little lower following the news the signing of the trade deal could be pushed back until December.

President Trump is under pressure at home too as the first public hearings in relation to the impeachment inquiry will take place next week. Allegations were made that Mr Trump requested the government of Ukraine to investigate the Biden family, an allegation that Mr Trump denies.

The oil market took a knock yesterday on the back of the inventory data released from the Energy Information Administration (EIA). The update showed that US oil stockpiles jumped by nearly 8 million barrels, while traders were only expected a build of 1.51 million barrels. Keep in mind, the previous report showed that inventories increased by 5.7 million barrels. The high level of inventories could signal weak domestic demand. Not long after the EIA report was published, it was revealed that major OPEC producers are not keen to introduce additional cuts to production. That announcement put extra pressure on the energy as traders are less fearful about deeper cuts in relation to production.

The Bank of England (BoE) will reveal its interest rate decision at 12pm (UK time). The central bank will is tipped to keep interest rates on hold at 0.75%, and the asset purchase programme is expected to remain unchanged too. Mark Carney, the head of the BoE, will hold the press conference at 12.30pm (UK time). The UK central bank are basically locked in the Brexit waiting room, whereby they are likely to keep their policy on hold until the UK leaves the EU. The BoE appears to be playing the wait and see game. The fact the Fed have cut rates three times in four months ,and the ECB are about to restart their quantitative easing scheme, would suggest the BoE’s next move could be a rate cut.

German industrial output will be announced at 7am (UK time), and the consensus estimate is -0.4%.

At 8.30am (UK time) the Halifax HPI will be posted, and economists are anticipating prices to increase by 0.3%, which would be a nice rebound from the -0.4% fall posted in September.