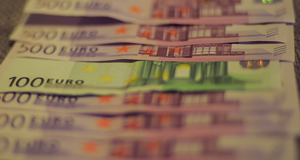 On Tuesday morning, the major currency pair is waiting for the Brexit news and saving strengths in anticipation of the ECB meeting.

EURUSD is consolidating without any particular direction on Tuesday. The current quote for the instrument is 1.1155.

So far, there is no news relating to the Brexit as the Parliament Brexit Vote is scheduled for 12:30 GMT. That’s why the best thing for investors to do is saving strengths.

This Thursday, October 24th, the European Central Bank is set to have another meeting. There are two key points here. The first one is that this will be the last meeting of the regulator in 2019. The second one – it will be the last meeting Mario Draghi acts as the ECB Governor. On November 1st, 2019, Christine Lagarde will take the office and become the first woman in the position of ECB President. It is her, who will assess the results of the QE announced earlier and expand the list of stimulus tools. Sooner or later, she will have to do this, there are no doubts about it.

The tools the ECB has aren’t very numerous. It might well be that the regulator will have to slowly decrease the interest rate, but let’s not run ahead.

it is obvious that the last ECB meeting “hosted” by Mario Draghi may pass without any disturbances, although one should admit that the European economy has significantly deteriorated since the previous meeting. Market players are waiting for an assessment of existing problems, at least, and that may weaken the Euro.