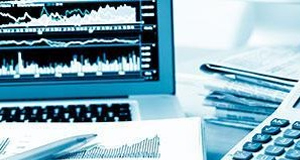 For all of the euphoria at the end of last week, with the DAX making its highest weekly close since May, it’s been a slightly more measured response at the beginning of the new trading week, as markets in Asia played catch-up to the rally in Europe and the US, with Europe set to open a little bit softer, as more details emerge of the type of trade accord that has been agreed between the US and China. With some US markets closed today for Columbus Day, trading volumes could well be lighter than normal as we head into the afternoon session.

While this week’s tariff increases have been postponed, this was always going to be the low hanging fruit when it came to a potential de-escalation, while President Trump announced that any further trade progress was likely to come in phases, with the December tariff increases remaining very much on the table. So while things aren’t likely to get any worse in terms of an escalation in the short term, they also haven’t got any better, as all the existing tariffs remain in place.

The latest China trade numbers would appear to underline the urgency of a need to avoid an escalation with the latest data showing that the global economy continues to struggle.

Recent data from Japan and South Korea had seen exports for both countries slide sharply. In recent months Chinese trade data has shown that exports away from the US have improved which has to some extent offset some of the damage, however we still saw a 1% decline in August. The September export data will be the first month that we’ll see the latest US tariff increases start to show up. These showed a decline of 3.2%, slightly more than expected, while in a sign that internal demand remained weak the latest imports showed a fall of 5.6%. Friday’s so called deal is unlikely to change the outlook for the trade picture that much, given that China has only agreed to buy US agricultural products to the tune of $40-50bn, and not much else.

The pound also saw a big rebound at the end of last week on optimism that we could be on the cusp of a Brexit breakthrough as we head ever closer to the 31st October Halloween deadline. In the cold light of a break for the weekend, after last week’s positive noises from Prime Ministers Johnson and Ireland’s Varadkar, significant obstacles still remain particularly over what might be acceptable to the EU, may not be acceptable to the UK parliament and vice-versa.

The weekend mood music from EU leaders appears to have gone some way to puncturing some of the optimism about the prospects for a quick solution seen at the end of last week. Talks look set to continue today, however it is hard to see any other outcome than a delay to the October deadline, with the government forced to apply for an extension by the end of the week. What that means for the government of Boris Johnson by the end of this week, is anyone’s guess, given his passionate refusal to countenance an extension.

Politics as ever from the UK side is the biggest obstacle to moving on with any sort of agreement, and while financial markets appear to have made up their mind given the recent sharp move higher in the pound, a lot can still go wrong in the coming days. With this week’s EU summit due to take place on the 17th and 18th October, any agreement will have to tied up by then in order for MPs to vote on it at the weekend, when Parliament is due to sit for the first time since the Falkland’s war in 1982.

Today’s state opening of Parliament and Queens Speech could well be unique in being the beginning of one of the shortest parliamentary sessions on record, if we get a no confidence vote in the coming days and the prospect of an election before year end.

It’s also set to be an important week for company earnings with the latest numbers from US banks set to hit the tape this week, with JP Morgan, Goldman Sachs and Citigroup set to report tomorrow.

The last two quarters has seen US banks substantially outperform their peers in Europe, with JP Morgan in particular posting record profits in successive quarters. This is likely to be a high bar given that we’ve seen two Fed rate cuts in Q3 and seen the US economy show signs of slowing.

EURGBP – has continued to drop sharply having broken through the 200-day MA at 0.8820 and previous lows at 0.8790. The speed of this fall suggests more declines are likely towards 0.8600 initially. We need to held below the 0.8820 level for this to unfold.