Analysis GBP/USD. The Pound is looking for support 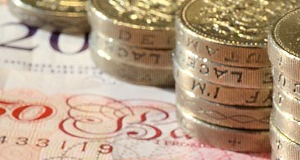 On Thursday afternoon, GBPUSD stopped falling but may resume its decline at any moment.

The British Pound is growing a little bit against the USD on Thursday. The current quote for the instrument is 1.2227.

The European Union and the United Kingdom continue debating on the Brexit. The current discussions are about the exact time of Britain’s exiting the alliance: right now, the time may yet be revised based on the existing deal draft. The European Council will meet on October 17th and 18th, so if the parties do have any thoughts on delaying the Brexit, they should be voiced prior to these dates.

The United Kingdom is scheduled to publish a lot of macroeconomic reports today. For example, the August GDP report, which is not expected to increase after adding 0.3% m/m in July. Apart from this, investors will be offered the Industrial Production report, which is also expected to remain the same after adding 0.1% m/m/ the month before. The Manufacturing Production may expand by 0.1% m/m, which is worse than the July reading. The Construction Output may drop by 0.4% m/m after being +0.5% m/m in July.

Slowdown in the British production is obvious and it’s not accidental, but looks more like a tendency. For the Pound, it’s a risk.