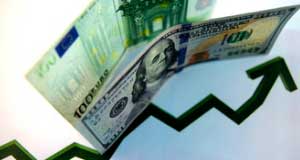 On Tuesday, the euro retreated from resistance at the Fibonacci level of 138.2% by just over 30 points on concerns over trade negotiations between the US and China, which will begin tomorrow in Washington. There were also rumors about the high likelihood of not concluding a Brexit deal and the EU’s readiness to once again give Britain a deferment of the X date. In general, the strengthening of the dollar has a more psychological basis and, as a consequence, is not very qualitative. 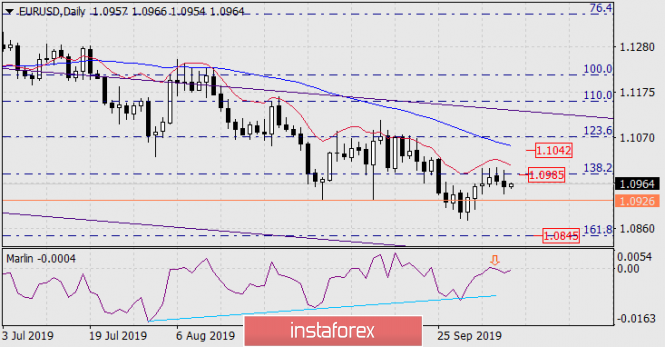 On the daily chart, the signal line of the Marlin oscillator has unfolded from the boundary with the zone of influence of the “bulls”, but the double convergence on the oscillator is still valid. It is possible that yesterday there was a market retreat before another attempt to break up. On the four-hour chart, the Marlin has infiltrated the decline zone, but the price is firmly held by the support of the indicator lines of balance and MACD. In general, the overall technical picture has not changed; consolidating the price above the Fibonacci level of 138.2% (1.0985) will allow the euro to grow to the MACD line on daily at the price of 1.1042, consolidating the price below the MACD line at H4 (leaving at yesterday’s low) will make it possible to attack the signal level of 1.0926, consolidating under which already opens the way from a working target of 1.0845 – to a Fibonacci reaction level of 161.8%.