Analysis USD/JPY. The Yen slowed down its decline 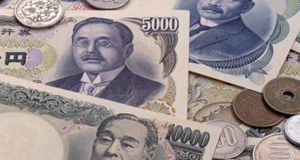 On Tuesday afternoon, USDJPY is consolidating, but market players are holding interest in the Yen.

The Japanese Yen remains in demand of the investors, who are interested in “safe haven” assets. The current quote for USDJPY is 107.18.

The statistics published in the morning showed that the Household Spending added 1.0% y/y in August, which is better than both market expectations and the July reading of +0.9% y/y and +0.8% y/y respectively. This is a leading indicator and this makes it quite interesting. Expansion in the indicator may imply some increase in consumption, which is a good signal for the Japanese economy and the Bank of Japan.

The Average Cash Earnings lost 0.2% y/y in August after decreasing by 1.0% y/y the month before. It might be associated with further cost savings by Japanese companies.

The Economy Watchers Sentiment increased up to 46.7 points in September after being 42.8 points in the previous month, which is much better than market expectations. The indicator is calculated based on the results of surveys of employees of large companies and intended to monitor the dynamics of consumer spending. 50 points separate optimists from pessimists.

As a rule, the Japanese economy barely reacts to the macroeconomic statistics. More important things for the national currency are market sentiments and investors’ attitudes to risks.