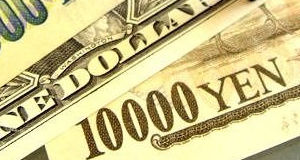 USDJPY is stable early in another September week; market players are ready to wait for news.

The Japanese Yen is rather neutral against the USD on Monday despite the numbers published in the morning and the news that may follow later. The current quote for the instrument is 106.80.

The statistics published in the morning showed that the final GDP added 0.3% q/q in the second quarter, the same as expected, although it’s less than the first quarter reading. On YoY, the indicator expanded by 1.3%, which is also worse than market expectations of +1.8%.

The components of the report show that the Capital Expenditure added only 0.2% q/q, which is much worse than the previous estimation of +1.5% q/q. The Private Consumption increased by 0.6% q/q to tach market expectations. However, the External Demand lost 0.3% q/q and it was a very unpleasant surprise.

Outside pressure on the export-oriented Japanese economy is increasing, which can be easily seen in the key macroeconomic parameters. In the future, there might be more complications: in October, Japan increases the sales tax. Right now, it is 8%, but will soon be 10%. This may significantly worsen the GDP readings in the fourth quarter.

The Bank of Japan may try to expand the QE program as early as in September and cut the benchmark rate, but it’s evident that the time has come for more decisive actions.