Analysis EUR/USD. The Euro is trying to recover 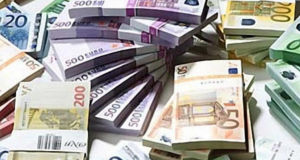 On Thursday afternoon, the major currency pair is trying to benefit from the calm market environment to continue the correction.

EURUSD is “in black” on Thursday afternoon. The current quote for the instrument is 1.1105.

Yesterday, the US Federal Reserve published its Meeting Minutes. In this report, markets players spotted an opportunity for a revival of the QE program and further rate cuts. However, the USD remains coolheaded, because it doesn’t really believe that the White House can put significant pressure on the American regulator, especially when no incentives are required.

The numbers published in the morning were minor but still provided some support to the Euro in addition to the calm market environment. French reports showed improvement. The Services PMI increased up to 53.3 points in August after being 52.6 points in July, while the Manufacturing PMI went from 49.7 points to 51.0 points over the same period.

Today, one should pay attention to the ECB Monetary Policy Meeting Accounts. Another interesting report will be the Consumer Confidence in the Euro Area for August. The month before, the indicator was 7 points and no changes are expected.

The USA is scheduled to publish the weekly report on the Unemployment Claims. Also, the country will release the Manufacturing PMI and the Services PMI for August.