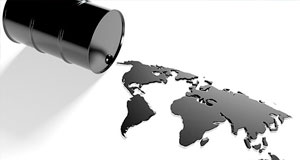 European stocks enjoyed a more positive session yesterday, helped by an insistence on the part of President Trump that he still plans to meet President XI at the G20 later this month, in an attempt to push through an agreement on the China trade talks, and a rebound in energy stocks, after oil prices rallied from five-month lows.

In spite of this week’s choppiness markets still look in good shape to finish the week in positive territory, as investors continue to price in the prospect of easier monetary policy on the part of global central banks.

US markets also finished in positive territory for the first time in two days, and while they are still higher on the week, each day we’ve seen a lower low.

The attack on two oil tankers in the Gulf of Oman has raised the geopolitical temperature even further in the region, at a time when it is high already, given the strained relations between the US and Iran. With the US pinning the blame firmly on the Iranians the scope for a misstep is only likely to increase, hence the rebound in oil prices which characterised yesterday’s price action, and has seen prices also push higher this morning.

Tehran for its part denied the US charges, merely characterising the actions as “suspicious” implying that perhaps they were an attempt to implicate Iran in the attacks.

What was slightly stranger was the fact that while oil prices rebounded the bounce was much shallower than might be expected given that prices are already near five-month lows.

US bond prices continued to edge higher, driving yields lower ahead of the latest retail sales numbers for May. Yesterday weekly jobless claims moved up to their highest level in 5 weeks to 222k, which may have contributed to the drift lower in yields, however it should be noted that we are still near 40-year lows for jobless claims, so we’re hardly talking recession grade numbers.

European markets have taken their cues from today’s Asia session and expected to open slightly higher, ahead of the latest industrial production and retail sales data for May from China which aren’t expected to showed much improvement from the numbers in April.

Industrial production is expected to rise 5.4%, unchanged from the previous month, while retail sales are expected to rebound from 16-year lows of 7.2%, to 8%. A rebound in retail sales would be most welcome as it would indicate that internal demand is picking up, something that the recent imports data wasn’t able to reflect.

The pound has had a mixed week, buffeted by rather mixed economic data and some rather confused messaging from MPC members Michael Saunders and central bank chief economist Andrew Haldane, both said that interest rates could rise sooner than markets were currently pricing. Quite how they arrived at that conclusion when every other central bank appears to be done on the hiking cycle front and UK economic activity in April contracted is anybody’s guess.

Perhaps Bank of Governor Mark Carney can shed some light on the thinking here, when he speaks later today, however given his track record when it comes to forward guidance perhaps, we shouldn’t get our hopes up. Its more likely he will voice a counter argument, after all splits on the MPC aren’t anything new.

US consumers have been fairly subdued this year in terms of their spending, with only the March numbers posting strong gains. Today’s May numbers are expected to see a rise of 0.6%, after a decline of 0.2% in April.