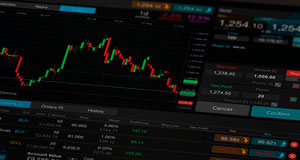 Stocks in Europe managed to have another decent day yesterday despite the overhang of more tariffs being levied on China later this month, with the FTSE100 hitting a one month high on the back of the announcement of new measures from Beijing designed to boost infrastructure investment in the Chinese economy.

Despite hitting their highest levels in a month this week, US markets struggled to maintain the early momentum with the S&P500 trying and failing to hold above the 2,900 level, for the second day in succession.

The inability of US stocks to push above this key resistance appears to mark a reluctance from investors to take the bull by the horns so to speak, ahead of next week’s Federal Reserve rate meeting, where US central bankers may well have to temper expectations about the prospects for possible rate cuts.

A lot of the recent gains appear to have been predicated on the basis that central banks have shifted focus in the past few weeks to a much more dovish tilt, when it comes to the next move on interest rates, rather than any overriding optimism over the trade talks, and this may help explain the inability of markets to push on to fresh new highs. Simply speaking the trade risk is still a key limiting factor, at a time when the global economy continues to slow.

Bond markets in particular have undergone a marked turnaround in the past few weeks with investors repricing the prospect of a Fed rate cut at the July meeting. This seems completely detached from reality given recent US data. In the space of six months bond markets have gone from the expectation of three possible rate rises in 2019, to pricing in the prospect of potentially two, or even three rate cuts by year end, a 150-basis point swing.

The European Central Bank is also in a bit of a bind when it comes to setting expectations about the next move on monetary policy. Having set out its stall last week with respect to the September TLTRO, there is a perception that the ECB is almost at the limits of what it can do within its mandate. With ECB President Mario Draghi’s term as the head of the central bank entering the final strait, investors are looking for another “whatever it takes” moment, however it remains far from clear that he will be able to deliver it.

By Draghi’s own admission there was some discussion of further policy easing at last week’s meeting, however given the weakness of Europe’s banks, further cuts in rates could well do more harm than good.

Today’s speech in Frankfurt from the ECB President could be an opportunity to add some further colour to last week’s post meeting press conference.

Another dilemma for the ECB was the intervention yesterday by US President Trump who argued that the euro was too weak, and should be higher. This is the last thing Europe needs, given the weak levels of inflation, and that’s before the effects a stronger euro would have on some of the weaker EU countries like Italy.

The pound had a mildly positive day yesterday supported by stronger than expected wages numbers, as well as recent comments from both Andy Haldane, and Michael Saunders from the Bank of England who have both stated in recent days that rates may have to rise sooner that markets expect.

This seems completely at odds to the way markets see rates going in the next 12 months, and is hard to square with the prospect of the Federal Reserve and the ECB easing policy in the coming months.