Analysis EUR/USD. The Euro is rising a bit 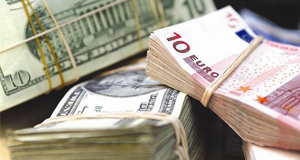 The major currency pair is slightly growing in the middle of the week; investors are following US-Chinese trade talks.

EURUSD is keeping its positive momentum on Wednesday. The current quote for the instrument is 1.1331.

Right now, market players are focused on US-Chinese trade talks, which failed to achieve any progress over the last five months. Agreements are negotiated behind closed doors, so it’s rather difficult to imagine what politicians are arguing about. One thing is clear: the matter hasn’t been settled yet, which means that both Washington and Beijing may continue pushing each other using non-diplomatic methods.

In the afternoon, the ECB Governor Mario Draghi is scheduled to speak. The agenda is unclear, but he may somehow mention the regulator’s monetary policy and the rate. These things are pretty worrying right now.

In the evening, the USA are going to publish the CPI report for May. Which may add only 0.1% m/m after expanding by 0.3% m/m in April. The Core CPI, in its turn, may add 0.2% m/m after being +0.1% m/m the month before. The US Federal Reserve is monitoring these reports very carefully and may use them to soften its monetary policy in case the numbers are weak.

Late at night, the USA are scheduled to report on the Federal Budget Balance for May, which may turn out to be an unpleasant surprise for the White House. As a rule, the document has no influence on EURUSD, but market players should keep it in sight.