Markets overview. Investors on edge, as China trade tensions go up a notch 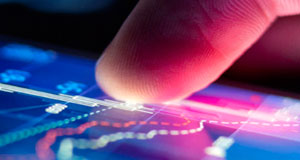 Global stock markets have had a pretty torrid time of it of late, and had already been on course to post their first negative month this year, even before President Trump’s bombshell on new tariffs on Mexican imports, at the end of last week.

The continued deterioration in the US, China trade talks appears to offer little likelihood of an imminent de-escalation with China responding with its own blacklist of “unreliable entities” in the wake of the Huawei ban, as well as pushing back with its own claims that the US was being inconsistent and unreliable with its demands. Over the weekend China’s own response to US tariffs on its goods kicked in as $60bn of tariffs came into effect.

China also announced an investigation into US parcel giant FedEx after Huawei officials claimed that the company deliberately misrouted two packages from Japan that were supposed to go to China, but ended up in the US instead. Huawei has also accused FedEx of other instances, which Chinese authorities have said they are looking into.

Last week saw the Dow post its worst weekly losing streak since 2011, while the Stoxx 600 hit a three-month low. In a sign that investors are becoming increasingly nervous, bond markets surged, with the German bund posting a record low yield of -0.2%, and US treasury yields sinking to two-year lows.

For most of this year the assumption had been that, for all the sound and fury around the imposition of tariffs they wouldn’t last that long and any damage could be easily mitigated. Now it seems that tariffs are likely to last a lot longer and be more wide ranging than originally thought, and investors seem to be now slowly waking up to this.

Let’s not forget the US President still has the option in reserve to add tariffs to the remaining $325bn of Chinese imports, and he’s yet to get started on the EU, and this is likely to keep investors on the back foot as we enter the last month of Q2, with European markets set to open lower this morning.

All of the economic uncertainty over trade has continued to have a chilling effect on global economic data, which so far this year has shown little sign of picking up, with the manufacturing sector in particular stuck in the proverbial deep freeze. Last week the latest Chinese manufacturing PMI data showed a slowdown from the 50.1 in April, coming in at 49.3 in May, with the employment sub index hitting its weakest level since 2009.

Today we’ll get to see the latest numbers from Europe, the UK and the US and the omens don’t look good.

In Germany the latest flash manufacturing reading or May showed activity stuck near multi year lows of 44.3. This number isn’t expected to change with today’s final reading. Activity in France did improve slightly to 50.6, however the rest of Europe is not expected to be much better with Italian manufacturing PMI expected to come in at 48.5, thus making it even more unlikely that the Italian government will reach its GDP target for this year.

This matters, given that in the wake of the European elections, EU authorities are likely to take aim at the Italian government in terms of its budget, prompting concerns about possible sanctions against the Italy in the coming months.

With politics in Germany falling apart with the resignation of the leader of the SPD Andrea Nahles, in the wake of the party’s abysmal performance in the European elections, there is likely to be renewed speculation about the stability of the coalition government with the CDU.

In the UK the relative health of the UK economy pales into comparison against the performance of the pound which has slid for four weeks in a row, over concerns about the future relationship with the EU, as well as the future governance of the country.

This week is unlikely to offer much respite with the arrival of President Trump on a highly contentious state visit today, while the departure of Theresa May as Conservative Party leader at the end of the week, will kick off a veritable vanity contest of Conservative MPs jostling to replace her. At last count the field was 13 strong, some of whom have little to no chance of getting to the final two candidates.

On the data front manufacturing PMI for May is expected to slow slightly from 53.1 to 52.5, though it could come in lower than that now that we are well past the post stock piling boost of Q1 of this year.