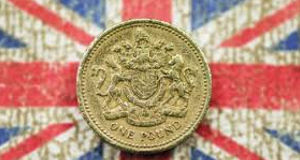 GBPUSD stopped falling and updating its yearly lows, but it may be just a short break before a new wave of sales.

On Friday, the British Pound stopped falling against the USD. The current quote for the instrument is 1.2671.

The rumors about possible resignation of the British Prime Minister Theresa May revived yesterday. The Chair of “The 1922 Committee” said that the Parliament was ready to file a no confidence vote to the head of the government unless May resigned as early as on Friday. The Committee has the results of some secret ballot, which show that the government wants to deal with the Brexit in a different way. In no way can they be sure that it will work, but the question remains undetermined: who may replace her in the talks with the European Union? May already did almost impossible, but the British policymakers still aren’t pleased.

In the afternoon, the United Kingdom is going to report on the Retail Sales in April, which is expected to lose 0.3% m/m after adding 1.1% m/m in the previous month. On one hand, it may be just a correction after a strong March reading, but on the other hand the indicator could fall due to lower demand because of the warm weather.

Also, there will be a report from the CBI on the Realized Sales for May. The indicator is expected to decrease down to 6 points after being 13 points the month before. This decline may have negative influence on the Pound, which is already looking pretty weak.