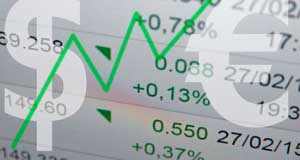 The major currency pair is still “in the red”; investors continue selling the instrument.

On Thursday morning, EURUSD continues falling. The current quote for the pair is 1.1147.

In the morning, Germany is going to publish the final report on the GDP, which is expected to remain unchanged at +0.4% q/q and that is rather neutral for the Euro. Later, the Euro Area and several its members will publish preliminary reports on the Manufacturing and Services PMI. Recently, most of these reports have shown slowdown, but not too critical.

In the afternoon, the European Central Bank will publish the Financial Stability Review and the Monetary Policy Meeting Accounts.

Also, today there will be elections into the European Parliament, featuring the United Kingdom, which failed to exit the European Union so far.

Closer to the evening, the USA are going to publish their weekly report on the Unemployment Claims, which is not expected to change much, so no one anticipates any serious responses to it. A bit later, there will be Flash Manufacturing and Services PMI for May. These reports may improve a little bit and that’s good for the American currency.

Another thing worth paying attention to is the New Home Sales in April, which may decrease after several improvements in a row. It might be interesting to check the components, but if the indicator reduces significantly, the USD will get under slight pressure.