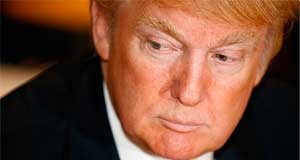 If the global economy is supposed to be growing then commodity prices are telling us a completely different story. Since the beginning of June, all three metals have declined well in excess of 10% and are well below the highs of the year.

It was a broadly negative day for markets in Europe yesterday, as trade tensions reasserted themselves after the EU announced it was preparing countermeasures to further US tariffs on European cars, and it was reported that China and US trade talks had stalled. US markets also drifted lower for the same reasons, though some unhelpful comments from President Trump, criticising the Federal Reserve didn’t help.

These remarks by the US President, criticising the pace of US rates rises as well as the strength of the US dollar, particularly against the Chinese yuan and the euro pulled the US dollar down from its highest levels this year. Against the Chinese yuan in particular the US dollar has risen over 8% in the last three months, though most of this has happened once it became clear that the US President was serious in implementing the steel and aluminium tariffs that he first announced on the 1st March this year.

The slide in the US dollar also prompted a sharp reversal in US 2-year treasury yields which had earlier made new 10-year highs.

Traditionally US Presidents aren’t supposed to comment on monetary policy given the Fed’s independence, however these aren’t traditional times and while the comments have raised eyebrows, and prompted a lot of criticism, in the long term they are unlikely to slow the Fed’s rate path, something the President will have to get used to. Someone should also point out to the President that China is deliberately allowing its currency to weaken, in reaction to his trade policies, something that the Federal Reserve can do very little about. This yuan weakness now well past 6.80, has continued to act as a drag on Asia markets and this is likely to see European markets open lower this morning.

On the subject of trade, we may get further developments at this weekend’s G20 finance ministers meeting, in Buenos Aires where US Treasury Secretary Mnuchin will be able to respond to questions on US trade policy. Currently there are no bi-lateral meetings planned with Chinese officials to move things forward on trade.

It’s not been a good week for the pound falling sharply across the board, largely as a result a rise in the political risk premium surrounding Brexit after the events of the last few days at Westminster. As far as this week’s economic data is concerned its largely been more good than bad, and despite a weaker than expected inflation number and miss on June retail sales it would still be surprising if the Bank of England pulled back from a modest rate rise in less than 2 weeks’ time.

There is also the risk that if the Bank fails to act, the pound could weaken further as markets lose faith in the central banks ability to actually deliver on anything. Today’s public sector borrowing numbers for June are expected to a modest increase to £3.6bn from £3.4bn in May.