Forex overview. Sterling rebounds ahead of wages and jobs data 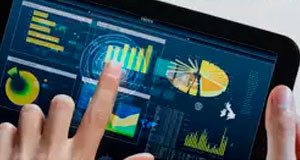 European markets look set to open slightly higher today after yesterday’s rather shallow declines, posing the question as to whether we’ve seen a short term peak or whether this is simply a brief pause before another move higher.

Today’s main focus is on some more UK economic data and the latest FOMC minutes as investors speculate on whether the Fed will look to move in September or not, after a hawkish intervention from New York Fed President William Dudley.

After yesterday’s not altogether surprising rise in UK input prices attention now turns towards the latest wages and unemployment data, even though these numbers will largely predate the June 23rd Brexit vote.

While CPI inflation was slightly stronger on an annualised basis it was the sharp jump in input prices which really caught the eye in the wake of the sharp declines in sterling in the month of July.

This jump in prices pre-dates the Bank of England’s recent stimulus measures at the beginning of August, and rather undermines the case for the level of measures that the MPC chose to embark upon earlier this month.

While we’ve seen manufacturers absorb these sorts of measures in the past, back in 2013 as they appeared to be one-offs, there is no guarantee they will do so again which suggests that we could well see a trickledown effect work its way into the CPI numbers later in the year.

Given that higher inflation eats into consumer’s disposable income, does the Bank of England really think it sensible to then cut rates even lower and increase the squeeze on an economy that is primarily consumer based in order to boost an export sector that is a very small part of the overall economy, not to mention the negative effect it is already having on future pension liabilities on the other side of the ledger?

Today’s ILO unemployment rate for the three months to June is expected to remain unchanged at 4.9%, given that most of the data also pre-dates Brexit, however the jobless claims number for July may offer some clues as to any potential Brexit shock wave, with expectations of a 7.2k jump in claims, up from a 0.4k rise in June.

Average earnings for the three months to June, which also predate Brexit are expected to come in at 2.4%, up from 2.3% from the May numbers, which if sustained could well go some way to cushioning any further rises in inflationary pressures, down the line.

The July FOMC minutes aren’t expected to materially alter the outlook with respect to the timing of a US rate rise. In the last statement Fed officials did acknowledge that near term risks had fallen, but that remains some way short of saying that a September rate rise is on the table. If Fed officials were looking to prepare for a move on rates they aren’t doing a particularly good job of it given that market expectations of a move next month are still quite low.

While jobs growth has continued to rise at a decent pace, other economic indicators have pointed to a slowdown in Q3, with input prices and retail sales showing weak numbers in July.

Retail sales data in Q2 was encouraging but aside from the April and June numbers these numbers have come up well short in pretty much every other month this year bar those two.

So while today’s minutes may well be slightly more upbeat with respect to the Fed’s outlook for the economy, they aren’t likely to point to a sharp shift in sentiment towards September.

Recent commentary from Fed officials has been anything but hawkish with permanent board member Jerome Powell raising concerns earlier this month about a too hasty rate rise path, arguing that given concerns about a slowing global economy the Fed should be patient in terms of hiking cycle.

The main focus is likely to be on next week’s testimony from Fed Chief Janet Yellen at the Jackson Hole annual central bank symposium for any additional clues about timing with expectations coalescing around a move on rates in December at the earliest.

USDJPY – despite yesterday’s decline to 99.55 and subsequent rebound we would need to see a break back above the 100.70 area to stabilise. The risk remains skewed for a move towards the recent lows at 98.90, and potentially lower towards 95.00, and levels last seen in June 2013.