Markets overview. US markets post new record closes ahead of UK and US CPI 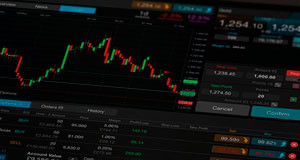 The line of least resistance for stock markets continues to be higher for the moment, given more weak economic data from Japan, the UK and US yesterday, with US markets once again posting record closes for the second time in less than a week.

Expectations of lower for longer monetary policy, along with pitifully low and negative yields appears to be driving equities right now, along with a continued rebound in crude oil prices, though some investors are starting to increase their cash holdings, on an expectation that equity markets may be starting to look a little frothy, and that we could be due a sharp downward correction.

The pound continued to slide lower yesterday making its lowest daily close against the US dollar since 1985, as bearish bets built up further against the UK currency.

Expectations about further easing in the coming months aren’t exactly helping and while some have suggested that talk of Brexit being delayed until 2019 could also be a factor in the pounds weakness, this doesn’t seem likely given that this timeline shouldn’t really be news to anyone following the recent news flow.

UK Prime Minister Theresa May has already stated that article 50 is unlikely to be triggered until 2017, which means that any deal is unlikely to happen before 2019 in any case, and with French and German elections due next year, progress is likely to be slow. Anyone who wasn’t aware of this obviously hasn’t been paying attention the last few weeks.

In any case this week is set to be an important indicator as to the effect any post Brexit shock has had on the UK economy. It’s probably too early that the latest inflation numbers for July will offer any clues with respect to any upward pressure in prices on a month on month basis as a result of the sharp decline in the value of the pound; however we could see it show up in some of the import prices data.

As regards July CPI, this is expected to remain at 0.5%, unchanged from June, though we could see some upward pressure on the monthly number as a result of higher petrol pump prices, while RPI is expected to increase slightly to 1.7% from 1.6%. Core prices are expected to stay unchanged at 1.4%.

Despite concerns about a slowing global economy, equity markets have continued to make progress over the past few weeks and this is likely to be reflected in the latest German ZEW sentiment survey.

Last week’s break out by the German DAX and this week’s move into positive territory for the year is likely to be borne out by a turnaround in the latest economic sentiment ZEW survey for August which is expected to rebound from July’s -6.8 to 2.1.

Yesterday’s Bundesbank monthly report was equally as upbeat about the outlook for Q3 despite last week’s slowdown in Q2 GDP to 0.4%.

In the US attention remains focussed on tomorrow’s FOMC minutes, and how much debate amongst policymakers there is with respect to the timing or otherwise of a tightening of monetary policy.

Recent economic data continues to point to a US economy firing on three cylinders, and not four, as yesterday’s Empire manufacturing unexpectedly contracted in August. Coming on top of a weak July retail sales number and a negative PPI inflation number it would seem unlikely that the Fed would be in any rush to move rates higher.

If today’s CPI numbers are as similarly weak then any slim hope of a policy move in September could well get extinguished further. In June CPI came in at 1%, though this is expected to weaken to 0.9% in July, with the month on month figure expected to drop back from 0.2% to 0%.

USDJPY – continues to find support above the recent lows just above 100.60, having failed at the 102.70 earlier this week we could slip back towards the recent support at 100.60. As long as we stay above here then we could break higher towards 103.50. The risk remains for a move back towards the lows at 98.90 on a break below the July lows at 99.99.